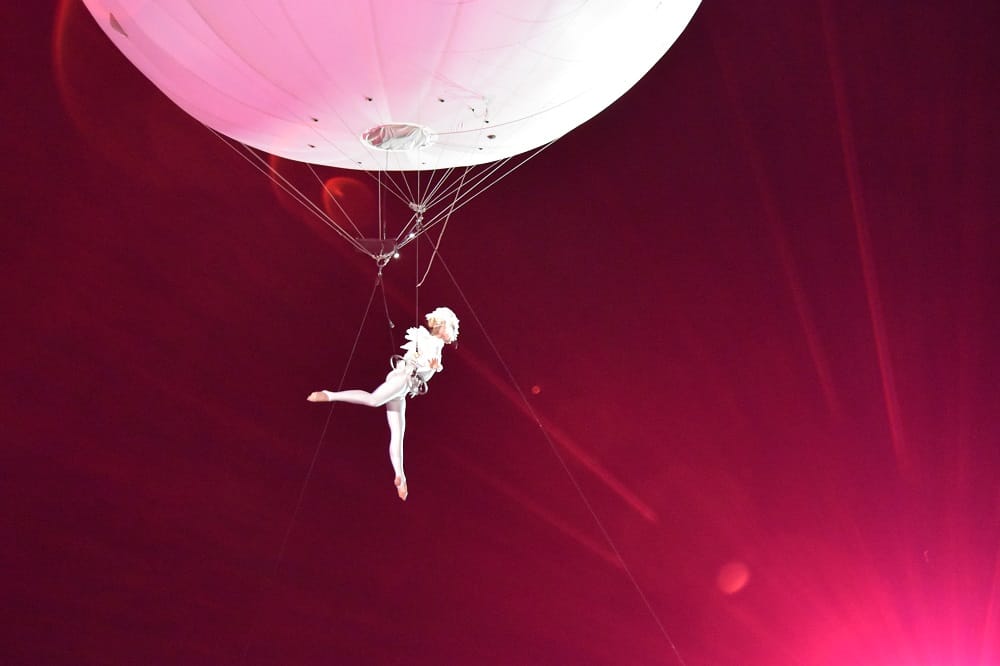 Thousands of people attended Saturday night’s Eternal Voyages multi-event extravaganza at the Paphos castle and harbour, billed as the main summer event of the European Capital of Culture programmes.

The castle square, harbour and coastal sidewalk leading to the area, which also had two large screens displaying the entire process for those that couldn’t get to the castle, was packed with thousands of locals, residents and holidaymakers on Saturday evening.

Although the start time was 8.30pm, many people turned up hours earlier to ensure they would get a good vantage point. Those that did were filming and photographing the spectacle on their mobile phones.

The event explored one of the prevailing themes of the Pafos2017 cultural programme ‘World Travellers’, and used the castle and harbour as a stunning setting for the event which saw the story of three travellers unfold as they arrived in Paphos by land, sea and air.

The first arrived on foot, although not literally, as he was atop a moving contraption, and his progress was heralded by a band of drummers that followed him in a procession all along the coastal walkway to the castle.

The second arrived on a boat which was lit up and sailed on the sea past the rear of the castle and around to the harbour entrance. The third arrival wowed the audience as she arrived from high above by a balloon, tethered to and held tightly by members of Walk the Plank that expertly manoeuvred her through the crowd as she performed a captivating aerial dance

The narrative, in both Greek and English, was dramatic and helped along by stunning projection of digital animation and mapping which saw the walls of the castle come alive with incredible images.

Music, verse, dancing and parading in front of the castle complemented the story. The sound quality was superb and the music and song enjoyed by all.

The special effects and an awe-inspiring fireworks display topped off the evening, which was not only a spectacle but also a celebration.

Many were lauding the summer extravaganza on social media and describing it as big success.

“It was an amazing event, beautifully presented, well run and well attended, Paphos should be proud”, said one spectator on a Facebook page featuring a short video of the evening.

Another said: “What a superb evening tonight at the harbour for ‘Eternal Voyages,’ so entertaining and the fireworks just kept coming!’

Others heaped praise on the organisers – Pafos2017 and British outdoor events company ‘Walk the Plank.

“Well organised and presented, carried out smoothly and with stunning mapping on the buildings and a great energy,” said a visitor from France.

“That was one of the most amazing things I have ever seen,” said a visitor from Poland. “Great job Paphos.”

As anti-G20 protests begin, Merkel says growth must be inclusive