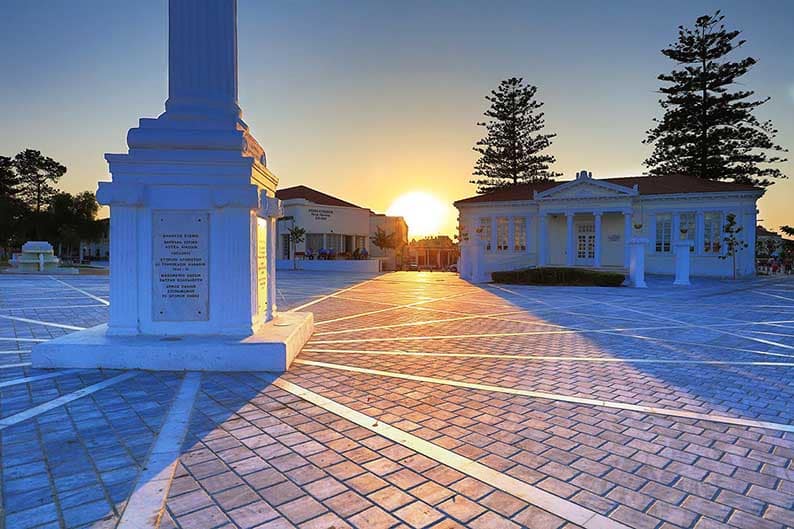 As the European Capital of Culture, Paphos enjoyed a great year in the cultural spotlight, says Bejay Browne

THIS year I have been overwhelmed by the support from Cyprus and Sunday Mail readers and their readiness to reach out and help those in need.

Stories I’ve covered, including homeless people and struggling families, resulted in a huge response from the public.

Promoting a culture of caring, inclusiveness and volunteering were of particular importance this year because Paphos held the title of European Capital of Culture, an honour shared with Aarhauus in Denmark.

The rainbow flag was raised during Cyprus Pride week at Paphos town hall for the first time, in support of LGBTI rights in Cyprus and was a poignant achievement for equal rights activist Zac Theophanous.

It was also in keeping with Paphos’ mission as European Capital of Culture: to send out the message that the values of humanism and culture must prevail in Europe and the Middle East, mayor Phedonas Phedonos said in January.

The municipality said it hoped the legacy would be lasting and signify a new era for the town.

Paphos has the reputation of being a sleepy town where nothing much ever happens but 2017 was very different. Pafos2017 Open Air Factory presented a programme of more than 300 cultural events and supported a ‘side-line’ of hundreds of others during the year.

But has Paphos achieved the heady predictions made ahead of the town’s stint in the cultural sun? Have we created a legacy to leave behind?

There will always be detractors and Pafos2017 had its fair share of critics. However, overall, we did really well. There are a number of events that stand out in particular and I will always remember with pride for Paphos.

The opening celebrations in January included a top-notch performance by the Aarhus Jazz Orchestra at Kennedy Square.

The evening’s event outside Paphos town hall was spectacular, and held in cooperation with British outdoor specialist event company ‘Walk the Plank.’ The main summer event ‘Eternal Voyages’ at Paphos harbour, was the second collaboration between the two, and was also hugely successful.

The event explored the world travellers’ theme and used the castle and harbour as a backdrop to project digital animation and mapping and an impressive fireworks display.

Renowned Japanese artist Chiharu Shiota, created a mesmerising installation using red string at the archaeological site of Fabrica Cave at Fabrica Hill, and a successful exhibition of the work of Stass Paraskos, was held at the municipal gallery.

Another project, ‘Common Ground’ brought together Greek and Turkish Cypriot school children and the Berlin Philharmonics’ performance at Paphos castle square, which the Pafos2017 chairman Christos Patsalides described as a “great honour”, was hailed as superb.

Danse des Cariatides staged by the Compagnie Retouramont, offered an aerial dance recital against a backdrop of Paphos castle, and an outstanding performance by Yamato Taiko Drum Ensemble – Chousousha created a magical atmosphere at Paphos town hall square in one of my favourite events of the year.

Another highlight was the true story of how art can trump politics in a bicommunal exhibition at Palia Ilektriki. As one of the main events of Pafos2017, ‘Risky Travels’ highlighted the extraordinary tale of how Turkish Cypriot architect and sculptor, Baki Bogac, found, saved and finally returned the works of a Greek Cypriot artist, Andy Adamos, who had left them behind in Famagusta after 1974.

The consensus is that Paphos got it right. In November, the city was hailed as a good example of a European Capital of Culture, by European Union Culture Commissioner Tibor Navracsics at the official opening ceremony of the Cultural Capital of Europe and East Asia Forum in Shanghai.

Paphos will now be invited to Brussels to present the city’s good example to new capitals of cultures.

The downside was the upgrading works around the town which disrupted traffic and pedestrians for much of the year. Most are now finished and the benefits of the finished project are clear.

This facelift, along with the input of Pafos2017 staff, now trained and experienced in planning and executing events, must now be exploited. We need to build speedily on the foundations of our brief moment in the European spotlight.

No more excuses, Paphos must prove the cynics wrong. We must shake off an unwarranted mantle of unsophistication create a lasting legacy of which Paphos can be proud of for generations to come.

The shape of things to come

2017: What they don’t tell you about drones and electric cars

Coronavirus: centre for people with special needs closes for 15 days after 37 cases detected