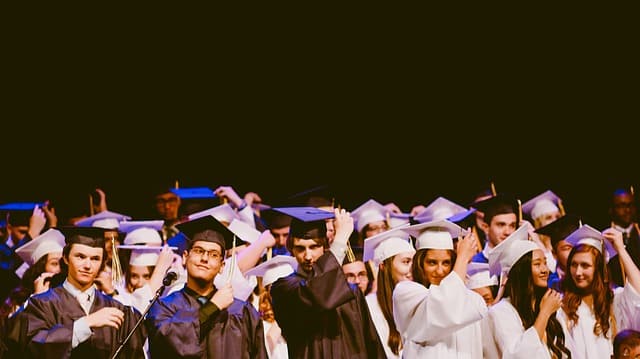 Cyprus can provide a quality education in a safe, friendly environment at an affordable cost for foreigners, with English as the language of instruction, the education ministry claims. And there is a wide range of studies to choose from.

Higher education at certificate, diploma, bachelor’s and master’s and doctorate level is available at public and private institutions where students can often enroll directly online. In total, there are eight universities in the Republic of Cyprus. The three public ones teach mainly in Greek whereas the private universities offer studies in English. There are another 41 private tertiary institutions registered with the ministry of education which offer various programmes in English as well, both academic and vocational.

Tuition fees vary according to subject and institution, for example undergraduate fees at private universities are around €9,000 per year and graduate studies approximately €13,000.

The number of students taking advantage of these offers is steadily rising.

Foreign students often combine studying with working. According to a recent law, which follows a directive of the European Union, students who are nationals of third countries may now work in Cyprus under certain conditions and in certain jobs.

They must be full-time students of recognised universities or colleges and must have spent at least six months of full-time study in Cyprus.

A list of allowed occupations can be obtained from the labour ministry. It includes work as petrol-station attendants, care givers and agricultural work.

For all non-EU candidates, a visa/entry permit to the Republic of Cyprus is required for students which is issued by the Civil and Migration Department.

Prospective students should apply from their home countries for a visa via the institution they plan to attend. Applications need to be accompanied by documents specified by the colleges and universities. In addition, foreigners planning to study in Cyprus have to submit bank records showing they have sufficient funds for the duration of their studies.

To help applicants calculate how much money they may need universities have calculated that, on average, a student spends about €600 per month for private accommodation, utilities, food and transportation.

As regards accommodation, some of the bigger universities have their own halls which can be viewed and booked via their websites. Other rental accommodation near the institutions can usually be found fairly easily as, according to a European study, Cyprus is among the countries with the least crowded student accommodation.

For those foreign students who want to get here, Cyprus offers many direct flights to Larnaca or Paphos international airports. Buses connect the major cities and urban bus services are also available.

Policeman dies in Bilbao after clashes with Spartak fans