METAL detector enthusiasts say recent amendments to laws on detecting are too restrictive and are pressing for legislation similar to that in the UK to be implemented in Cyprus.

The antiquities department is strongly opposed, instead insisting that detecting must be strictly controlled so that finds by amateurs are limited, along with any possible damage of important sites 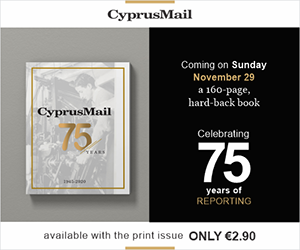 “The department of antiquities give us licences for our metal detectors, but they don’t really give us any land to detect on. This is why people try to go to remote areas to detect at night,” said long-time detectorist Achilleas (not his real name).

“Amendments to the law were made in 2012. But there are only a few areas where we are allowed to detect and they are mostly just a few beaches in Paphos, Limassol and Larnaca.”

But Dr Despo Pilides, curator of antiquities at the department of antiquities, dismissed Achilleas’ criticisms, saying that the current law offers fair protection to Cyprus’ heritage whilst at the same time allowing detectors to carry out their hobby.

“Cyprus is suffering as there are so many ancient coins for sale. You only have to look on the Internet. These people are not deprived of their hobby and some aren’t telling the truth. Why do some of them want to find items at an archaeological site if it’s only a hobby? These are very sensitive areas,” she told the Sunday Mail.

“They think we are stupid and don’t understand that they have an agenda. We tried to amend the legislation to allow them to detect, but Cyprus has got a huge cultural heritage.”

Her view highlights the divide between professional archaeologists and amateur enthusiasts. And so far the law favours the professionals. In addition to severely limiting the areas where detecting can take place, the Cyprus law states that anyone in possession of detectors without a licence and/or who uses these devices in areas other than those officially specified, could face a three year prison term and/or a fine of up to thirty thousand euros.

In contrast, British laws have gone some way to curbing black market sales – a side effect of overly restrictive laws – and improving the relationship between archaeologists and amateurs. Previously, the hobby was uncontrolled and many looted ancient sites to sell antiquities on the black market.

For example, Britain’s Treasure Act of 1996 stipulates that finders of objects which constitute a ‘treasure’ – there are specified criteria – report their find to their local coroner.

The coroner investigates and if they deem the object a treasure, it must be offered for sale to a museum. If no offer is forthcoming, the owner is permitted to retain it. Metal detectorists come to an agreement with the owners of the land they detect on to share any proceeds from treasure sales.

Non treasure finds are covered by the Portable Antiquities Scheme (PAS), where the finds are officially reported and recorded on an online data base and remain the property of the finder or the landowner.

By legally rewarding metal detectorists for their finds, say Cypriot enthusiasts, Britain has gone some way to taking away the attractions of an uncontrolled black market and has acknowledged that detectorists have a useful role to play.

According to the British Museum over 900,000 archaeological objects have been found by the British public and recorded.

The museum accepts that most enthusiasts have a genuine interest in the past with only a small minority metal-detecting for financial gain, but states that the subject of buying and selling artefacts remains contentious.

Achilleas, has been detecting since 1988, and along with around 250 other enthusiasts, belongs to the only Cyprus club, formed a number of years ago. They all have licences to own a metal detector.

However, he said that around 2,500 people are detecting in Cyprus unregistered, for fear that authorities may drop in at any time and confiscate their collections.

“It’s a double standard here, nearly everyone has some sort of artefact in their house and yet the government don’t want us to have licences to carry out our hobby. There should be an amnesty for private dealers so the artefacts would stay in Cyprus. Instead, many are leaving on the black market.”

Achilleas said that club members are complaining that permitted areas are negligible. Members have also complained to the EU and want British law implemented.

“We have put several complaints into the antiquities department, but because inexperienced youngsters have been leaving holes and not following the correct procedures, they aren’t sympathetic to us.”

He said that he has never taken artefacts from archaeological sites but that there are plenty who do, and that it’s impossible to stop looting. A British-style law would end this to a large extent, he said.

He said that artefacts are being lost forever and blamed developers, who he said are quick to cover up finds, or even remove items before the authorities find out.

“ We are thinking of starting an online petition, which we will then present to the relevant government departments. We want the MPs to review our complaints.”

Pilides said that if artefacts, such as coins are found, they should be handed in at the nearest museum or police station.

“It is illegal to have a collection, but I know that many people do. They are permitted to detect only in areas which have been surveyed and allowed for this practice and these are where it is unlikely they will find artefacts, although they are found almost everywhere in Cyprus. These sites are available on our website and published in the official state paper,” she said.

The department of antiquities is responsible for issuing detecting licences and permits are valid for five years. They are granted to people without previous convictions concerning the illegal sale of artefacts.

Pilides said that as the law was only amended in 2012, it is unlikely to be changed for some time, and permitted areas are likely to remain as they are. She warned that people in possession of illegal collections will face court proceedings.

Achilleas said the current system isn’t working and underlined the need to financially compensate prospectors, which would encourage them to hand in their finds.

But Pilides dismissed the suggestion, noting that finds belong to the people of Cyprus and not the person who finds them.

When pressed, Achilleas admitted that he has a personal collection of ancient items, including coins and small jewellery items made of copper which he keeps hidden, as he realises he is breaking the law. He said it makes him sad that no one gets to see them.

“I’m interested in history, but the department of antiquities is allowing history to be destroyed by developers and by not allowing us to detect,” he said.

“We are proud to find these items and look after them.”

Back in 1990, Roger Mintey, a man with a hobby for metal detecting, was scanning the backyard of his house in southeastern England when he stumbled upon a massive collection of 6,705 gold and silver coins dating back to the Middle Ages – a find now dubbed the Reigate hoard.

Mintey handed the find over to the authorities. Some coins were distributed to museums, but the rest were returned to him. In the end, it netted him a tidy sum of money, £184,000.

But there are archaeological horror stories too. Some of the worst ransacking took place at a Roman-British temple site in Surrey, southern England in the 1980s where an estimated 20,000 historical objects were removed and sold world-wide. And in 2002, an Iron Age hill fort in Northumberland was looted and left pitted with dozens of holes.

Mythbusting: why our MPs are wrong on Sunday trading hours

The Jumbo fight over my six euro clock

‘A litany of potential wrongdoings’