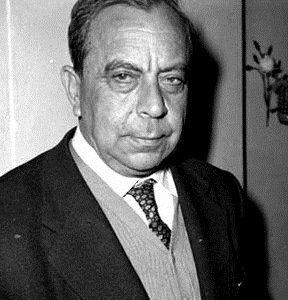 Born in Nicosia in 1906, Dr Fazıl Küçük qualified as a general medical practitioner in Switzerland, and returned to work in Cyprus in 1938. He started dabbling in politics by campaigning for Turkish-Cypriot rights and against British colonial rule in Cyprus.

During the 1950s, Dr Küçük set up his own political party and established the first Turkish labour union in Cyprus. He also launched the newspaper Halkin Sesi (The Peoples’ Voice), which continues to be published to this day.

After the start of the EOKA struggle, he formed the Cyprus Turkish Resistance Organisation, in order to defend the Turkish Cypriots from possible attacks. He later dissolved this organisation and founded the VOLKAN resistance organisation in September 1955.

Dr Küçük represented the Turkish-Cypriots at the independence talks in 1959 and signed the agreement establishing the Republic of Cyprus on behalf of his community. He was elected the first Vice-President of the Republic of Cyprus unopposed, being the undisputed leader of his community. He did not last very long in this post as the inter-communal fighting that began at the end of 1963 led to the collapse of the London-Zurich agreements and separation of the two communities, the Turkish Cypriots withdrawing to enclaves and the Greek Cypriots taking complete control of the government.

He became the head of a General Committee created to deal with the crisis caused by the intercommunal fighting. He also became the head of the Provisional Cyprus Turkish Administration established on 27 December 1967 to run the affairs of the Turkish Cypriots.

Dr Küçük was replaced by Rauf Denktash who took over as the Turkish-Cypriot leader in 1973, but did not give up his involvement in his community’s politics, using his newspaper to air his political views.

He passed away, in Westminster Hospital-London on January 15, 1984. This was just two months after the Unilateral Declaration of Independence that set up the ‘TRNC’. In his last public statement, he declared that with the establishment of the new Turkish-Cypriot ‘state’ he had been “born into a new life”.

UK ready to attend Cyprus talks in Geneva ‘if it aids settlement’, says May