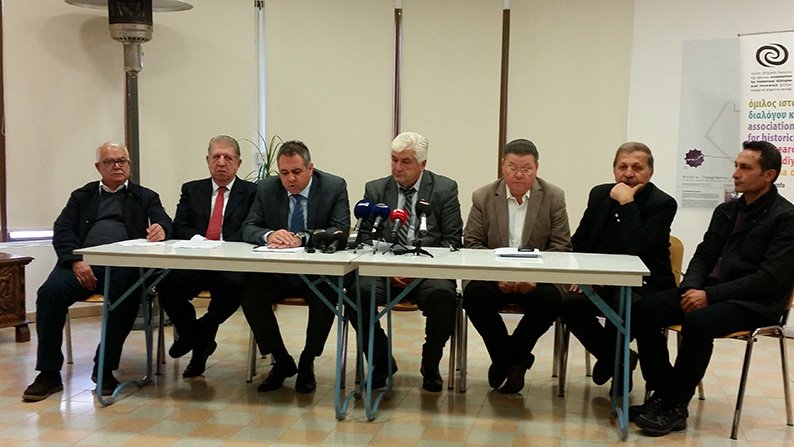 The Cyprus Trade Unions’ Forum, which will convene on January 9, remains at the disposal of the two leaders and their negotiating teams for any help they may require so that the peaceful settlement of the Cyprus problem is successfully reached, it said on Wednesday.

In a news conference, the forum, which comprises Greek and Turkish Cypriot trade unions SEK, PEO, Pasydy, Turk Sen, Dev Is, and Ktams, announced it will convene at 10am Monday at the Ledra Palace hotel in the Nicosia buffer zone, “in light of the continuation of negotiations for the final settlement of the Cyprus problem”.

Calling on the two leaders, Cyprus President Nicos Anastasiades and leader of the Turkish Cypriot community Mustafa Akinci, to bear in mind the concerns of all Cypriots and find a solution that will promote democracy and justice, the forum said the solution must ensure that the Cypriots’ day-to-day safeguards security, equality, and prospects for growth and prosperity.

“The solution must include a unified system of labour relations and employment, a unified social insurance scheme, a unified wage-setting system, full respect for the rights of free movement and employment anywhere in Cyprus, the full prohibition of discrimination in employment or remuneration due to race, gender, colour, or sexual orientation, and the introduction of an education system that will catalyse an environment of tolerance, peaceful coexistence, and mutual respect,” Matsas said.

A letter with the above recommendations addressed to both leaders by the forum has thus far gone unanswered, but Matsas insisted the unions have an important role to play in the solution to the Cyprus problem.

“Even now, when hopefully we are heading toward a final settlement, we believe that our role can and should be substantial on issues relating to labour relations, the labour market, and broader social policy issues,” he said.

The forum, he added, believes that issues relating to the public and workers’ day-to-day are those that can create the momentum for a solution to be implemented.

“As trade unions, we ask that we are given a forum, a role, and a say, so that we can participate effectively,” Matsas said.

“At Monday’s Unions’ Forum we will evaluate several of these views, and depending on the outcome of the talks, we will make every effort to have them heard to the maximum possible degree.”

Building bridges with our kids