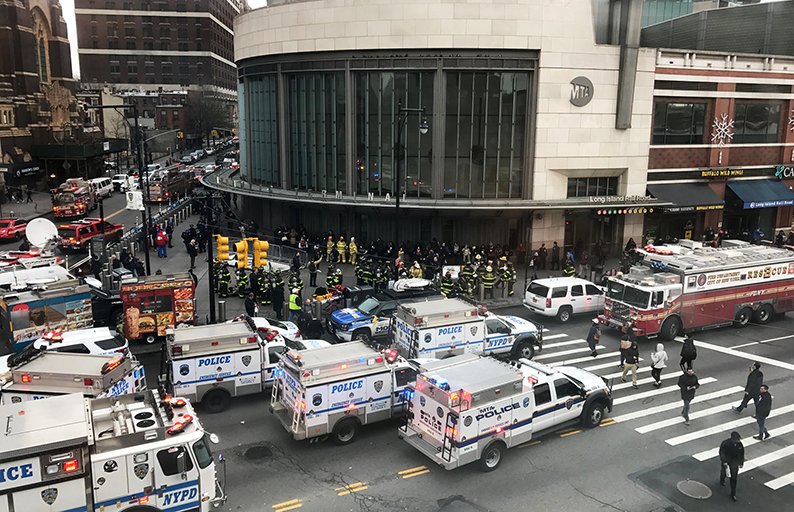 The train failed to stop on time and struck a bumping block at a fairly low rate of speed, which caused it to derail, New York Governor Andrew Cuomo said at a briefing at the crash site.

About 103 people were injured in the accident, the New York Fire Department said in a Twitter message. Earlier Deputy Assistant Chief Dan Donoghue said at the briefing that 11 people had to go to the hospital.

The derailment, which severely damaged the train’s front two cars, was the second major accident involving New York City’s commuter railroads in the past three months.

In late September, a New Jersey Transit train crashed into a terminal in Hoboken, New Jersey, killing one woman and injuring 114 people, including the engineer.

Cuomo, who has made infrastructure improvements a centrepiece of his agenda, said Wednesday’s incident was minor in comparison. The most serious injury in the crash was a broken leg, he said.

“There was an extensive damage in Hoboken,” Cuomo said. “That train was coming in much faster, did much more damage.”

In Brooklyn, police and firefighters, some holding stretchers, were entering the terminal as emergency vehicles blocked traffic.

“People flying everywhere,” Serena Janae, who said she was a passenger on the derailed train, wrote on Facebook.

The US Federal Railroad Administration and the National Transportation Safety Board said they were sending investigators to the scene.

Officials said crews were working to restore service at the terminal by the evening rush hour.

Spike in gastro and flu cases