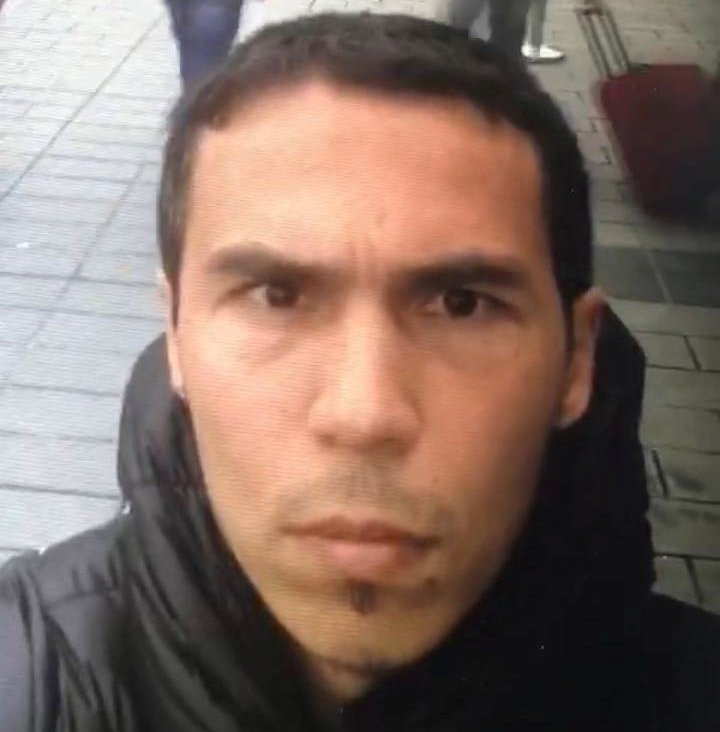 A frame grab made from a video which was distributed by Turkish police shows, the suspected gunman behind the attack at Reina nightclub

By Nick Tattersall and Daren Butler

Turkey has established the identity of the gunman who killed 39 people in an Istanbul nightclub on New Year’s Day, its foreign minister said on Wednesday, as police detained suspected Islamic State members of Central Asian and North African origin.

In an interview with the state-run Anadolu news agency, Foreign Minister Mevlut Cavusoglu gave no further details about the gunman, whom Turkish officials have not named.

The attacker shot his way into the exclusive Reina nightclub on Sunday, then opened fire with an automatic rifle, reloading his weapon half a dozen times and shooting the wounded as they lay on the ground. Turks as well as visitors from several Arab nations, India and Canada were among the dead.

Islamic State has claimed responsibility for the attack, saying it was revenge for Turkish military involvement in Syria.

Turkish media reports have said the attacker is believed to be an ethnic Uighur, possibly from Kyrgyzstan. He appeared to have been well-versed in guerrilla warfare and may have trained in Syria, according to one security source.

Police in the Aegean coastal city of Izmir said they had detained 20 suspected Islamic State militants thought to be of Central Asian and North African origin in raids on three addresses. Fake passports, cell phones, and equipment including night vision goggles and a GPS device were seized.

Police did not say whether the detentions were directly linked to the Istanbul nightclub attack. But local media reports have said the gunman is thought to have entered Turkey from Syria and spent time in Konya, travelling with his wife and two children so as not to attract attention.

At least 36 people have been detained since the attack, according to Turkish media reports. Anadolu said on Tuesday that 14 people had been detained in Istanbul, while NTV reported that two foreign nationals had been held at Istanbul’s main airport.

Among those held in Istanbul were seven Uighurs detained at a restaurant in the working-class neighbourhood of Zeytinburnu, where the gunman was thought to have gone by taxi after the attack and asked to borrow money to pay the driver, according to the Haberturk newspaper.

It said raids had been carried out on 50 addresses in the district, where many Uzbeks, Kyrgyz, Kazakhs and Uighurs live.

The shooting in Istanbul’s Ortakoy neighbourhood, an upscale district on the Bosphorus shore, came after a year in which NATO member Turkey was shaken by a series of attacks by radical Islamist and Kurdish militants and by a failed coup.

Parliament voted overnight to extend emergency rule, first imposed after the attempted putsch, by another three months, enabling the government to enact new laws and limit or suspend rights and freedoms when deemed necessary.

President Tayyip Erdogan said the attack, which targeted a club popular with local celebrities and moneyed foreigners, was being exploited to try to divide the largely Sunni Muslim nation and that the state never meddled in how people lived.

“There is no point trying to blame the Ortakoy attack on differences in lifestyles,” he said in a speech to local administrators at the presidential palace in Ankara.

“Nobody’s lifestyle is under systematic threat in Turkey. We will never allow this,” he said in comments broadcast live. It was his first public speech since the shooting.

Turkey’s Religious Affairs Directorate, which condemned the attack in its immediate aftermath, had issued a statement in December saying celebrating the New Year did not fit with Muslim values, triggering criticism from some parts of Turkish society.

Such calls have made many secular Turks suspicious of the Islamist background of Erdogan and the ruling AK Party, seeing them as bent on eroding the secular principles of the modern republic founded in 1923 by Mustafa Kemal Ataturk after the fall of the Ottoman empire. Erdogan rejects such suggestions.