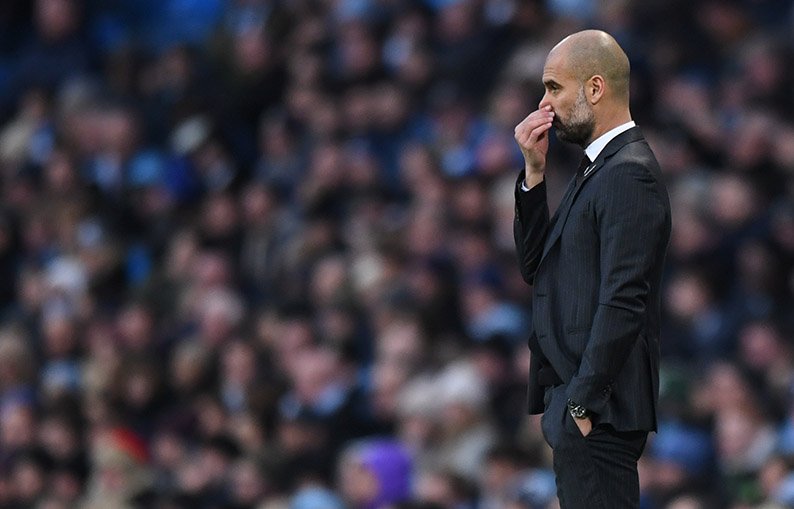 WHILE the FA Cup’s third round was always littered with unfamiliar names, these days they often play for the big teams as well.

Expect Premier League managers to reach deep into their squads to pack out their sides with hopefuls and has-beens as what used to be the most exciting day of the season transforms into a bloated four days, where the surprises are often confined to the lineups.

First up on Saturday will be West Ham United against Manchester City, whose boss Pep Guardiola gets an early introduction to English football’s famous cup competition.

The Spaniard was so grumpy after City’s 2-1 win over Burnley on Monday, hinting darkly that the end of his managerial career was approaching, that as much attention will be focused on his mood as Saturday’s result.

With City still, just about, in the Premier League title race and through to the knockout stages of the Champions League, expect a raft of changes against opponents who have a strong FA Cup pedigree.

Reunions always feature strongly in this stage of the competition and Reading’s Jaap Stam (to Manchester United), Crystal Palace’s Sam Allardyce (to Bolton Wanderers) and Eastleigh’s Martin Allen (to Brentford) go back to clubs with which they have a strong association.

Stam, the centre-back base of United’s 1999 treble-winning team, makes his first competitive return to the club 16 years after being told by former manager Alex Ferguson in a petrol station that his Old Trafford career was over, a brutal parting even by football’s standards.

“It’s going to be a great atmosphere but now we need to do something against them as well,” said Reading manager Stam, whose side are third in England’s second-tier Championship. “You always want to have results, though we are quite realistic about the quality they have.”

United beat Crystal Palace 2-1 with an extra-time strike from Jesse Lingard in last season’s final, since when both teams’ managers have departed and new eras begun.

Palace’s new boss Allardyce returns to Bolton Wanderers, where he enjoyed success over eight years, while Eastleigh’s Allen will be guaranteed a warm welcome when he takes the non-league side to his former club at Griffin Park, where he once threatened to swim the Thames if Brentford won an FA Cup replay.

This year’s lowest ranked team are Northern Premier League side Stourbridge in the seventh-tier, who face Wycombe Wanderers from League Two.

Stourbridge’s semi-professional players earn between £120-250 per week and will be guaranteed a sizeable bonus if the club pick up the £67,500 prize money for winning what will be their seventh game of the competition.

League two side Plymouth Argyle will be eyeing an even bigger upset on Sunday at Liverpool in a tie that has thrown up another familiar FA Cup theme of divided loyalty.

Irishman Graham Carey, whose extra-time penalty secured Plymouth the tie, is a lifelong Liverpool fan, along with the rest of his family.

“My whole family are mainly Liverpool fans, so I’m sure some of them will make the trip over,” said Carey, who has always dreamed of walking out to play at Anfield.

Across Merseyside, Everton face Leicester City in one of the round’s most attractive ties while Preston North End and Arsenal, who have won the famous old trophy 14 times between them, have their first competitive meeting since 1999.

Premier League leaders Chelsea, whose 13-match winning run was halted in a 2-0 defeat to Tottenham Hotspur on Wednesday, will look to rebound in the cup at home to third tier Peterborough United.

Tottenham and Aston Villa are paired on Sunday, while Monday’s final game of the round pits Cambridge United against Leeds, who won the trophy in 1972.