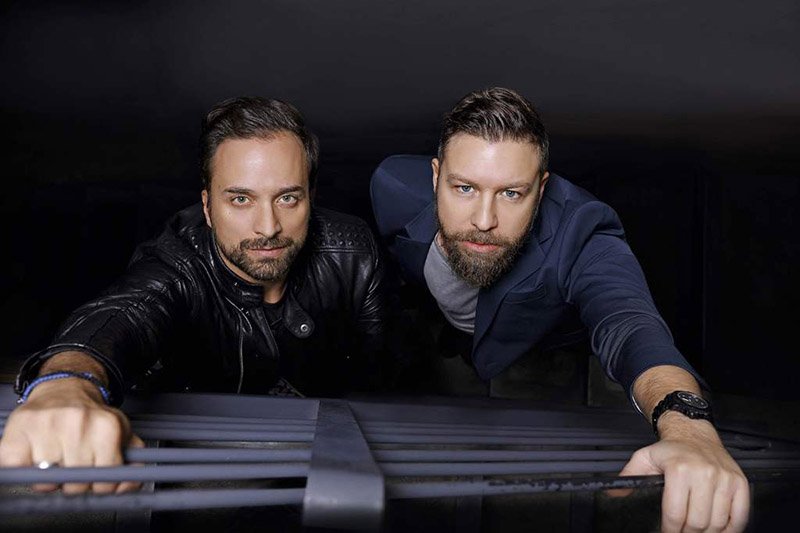 The holidays are nearly over, today being Epiphany day or Theophany as it is called locally, it is always a good idea to round off any celebratory season with a bit of music.

And music there more certainly will be. A number of Greek and local artists will take to stages all over the island to help us say goodbye to the holiday season until next year.

Tonight in Limassol there are three separate concerts you can choose from.

Greek singer Adam Tsarouchis will present songs from his debut album San Tenia (Like a Film) along with covers of well-known songs from the past and present. The range of songs he will cover were made famous by a number of Greek musicians who have been in the Greek music scene for a long time.

Tsarouchis has worked with some of the greatest musicians in Greece at the moment, including Mimis Pleasas, Mando, Iro and Demetris Papadimitriou. He has also taken part in a number of musicals.

Tsarouchis will be accompanied by Emmanuel Athanasiades on the piano.

Singer Giannis Vardis and Giorgos Lianos will perform tonight at the Opa Opa Club. Vardis is the son of late musician Antonis Vardis and has followed in his father’s footsteps. His first appearance in the music world was on his father’s album Stin Ellas to 2000 (In Greece in 2000). On this album and on the album Tha Se Perimeno (I Will Wait For You) he sang duets with his father. But the singer has not only collaborated with his father, he has also worked with Giorgos Dallaras, Antonis Remos, Keti Garbi and other artists.

Girogos Lianos rose to fame after his appearance on the talent show Fame Story 3, where he won second place. After the talent show he released his first album in 2006 entitled Sti Mesi (In the Middle). After this success he worked with a number of other artists, and is now sharing the stage with Vardis.

Three musicians – Vasilis Papakonstantinou, Odysseas Ioannou and Rita Andonopoulou -will come together as of tonight, at the Pattichio theatre under the title Nine and Five.

Papakonstantinou is probably the best-known rocker in Greece. He started off in 1976 when he worked with the Greek composer Mikis Thedorakis after meeting him in Paris two years earlier. This was only the tip of the iceberg, as he then went on to work with composers Manos Loizou and Thanos Mikroutsikos.

Composer Ioannou will be joining Papakonstantinou on stage. Ioannou has written for a number of Greek singers, published four books, and has also been running a daily radio station programme for the last 22 years. Since 2008 he has led a series of seminars about song writing, lyrics and the radio.

Andonopoulou, will complete the musical affair with a female tone. Andonopoulou began music lessons at 18, while also performing English and other foreign language songs with a number of bands. Two years later she began lessons in classical music and today she has worked with a number of composers and has performed around Greece.