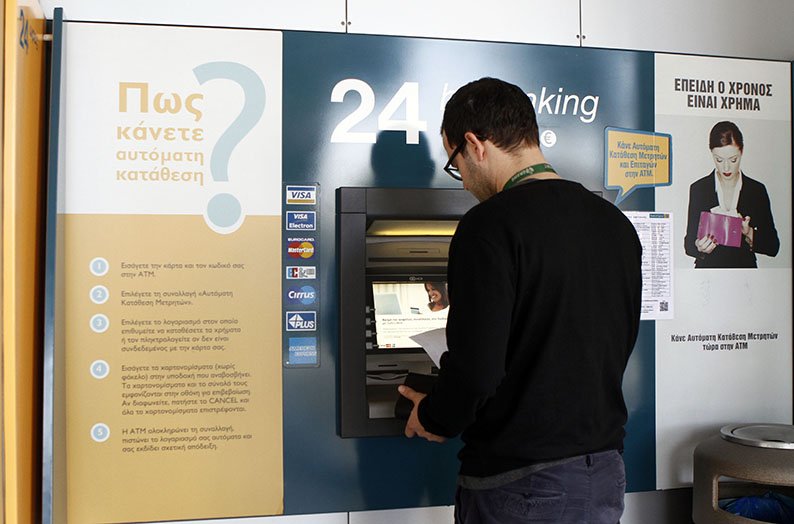 Almost four years after the bail-in of March 2013 the fundamentals of the Cyprus economy remain dire.

Despite the completion of the Troika programme and the seemingly good economic indicators, including a growth in GDP of above two per cent in the past year, the huge private debt (private debt to GDP was over 350 per cent in mid-2016) remains stubbornly unchanged and affecting all attempts to rebuild the economy.

Moreover, the banking system remains bloated (more than three times the GDP) and rather unstable with about half of exposures still in non-performing loans. Not surprisingly, unemployment remains high (over 12 per cent) and local demand is feeble and projected to remain so for the foreseeable future.

Last but not least, the economic agents of the country (companies and households) are highly indebted with their balance sheets suffering from depleted equity and in grave need of repair. These conditions are not conducive for new capital investment which is badly needed, now more than ever.

Real and sustainable development will not come about before there is a solution to the ailing fundamentals in the economy. The dangers lurking if we fall into a beautification exercise and pretend that we have turned the corner are many. The prime and more immediate danger is to inadvertently create conditions where parasites will be slowly but surely be “killing the host” to coin a phrase from Michael Hudson whose latest book of the same name describes how financial parasites and debt bondage destroy an economy.

The foremost concern of the government should be how to protect the assets held by systemic banks from being plundered. In an economy burdened by an unbearable private debt, where economic agents struggle to deal with enormous and fundamentally irreducible debts, the likelihood that the relatively small stakeholders currently in charge of the banks will commit to taking the long haul ride, which may lead towards future but highly uncertain returns from normal banking business, is very slim.

In such circumstances, it is far more probable for them to try to make the best of the control they still have in order to maximise the return on their initial investment through balance sheet deals. In addition, the current shareholders in control of the large systemic banks in Cyprus know full well that in order to remain on the driving wheel they will need to be providing additional capital to offset for upcoming losses stemming from the banks’ unsustainable and under-provided debt exposures.

The Bank of Cyprus has already used the leverage it has to enable it to start implementing a complicated and rather dubious plan for putting themselves in a predominant position ahead of the expected and inevitable need to recapitalise the bank. Hellenic Bank may soon follow suit while the Co-Op Bank is embarking on an aggressive effort to be privatised where the main apparent attraction for potential investors is its balance sheet rather than its long term prospects.

This is a very unhealthy and worrying base on which to build the economy and lay the seeds for future economic growth. In a recent paper by myself and Les Manison Neglect Private Debt at the Economy’s Peril (available at  https://ssrn.com/abstract=2886345) it is pointed out that, given the unsustainable level of private debt, Cyprus has been postponing falling into a balance sheet recession by the twin effect of households using their savings to maintain consumption levels and through riding on an exceptional year in tourism. However, a balance sheet recession is imminent when inevitably savings will not be further available to support local consumption. Moreover, a significant investment is needed, but apparently not forthcoming, to expand capacity and upgrade tourist accommodation and supporting services and infrastructure.

To be able to put the economy on a sound footing and to support a sustainable growth it is necessary to pave the way for both public and private sector capital investment into viable projects and companies with healthy balance sheets to take place. Such a government led approach, through among other things the introduction of an independent Development and Finance Agency to aid the reconstruction process will in addition have the beneficial effect of giving commercial banks a key role to play for the proper assessment of credit risk and for providing finance for such projects and businesses. Banks will thus be able to refocus their efforts and long term strategic outlook in attaining a good return on the investment for their shareholders through gearing themselves up for creating new wealth rather than transferring and profiting from existing wealth.

Savvakis C Savvides is an economist, specialising in economic development and project financing. He is a former senior manager at the Cyprus Development Bank and has been a regular visiting lecturer at Harvard University and currently at Queen’s University, Canada. Author page: http://ssrn.com/author=262460.

Reading news in the age of Trump? Think like a spy.