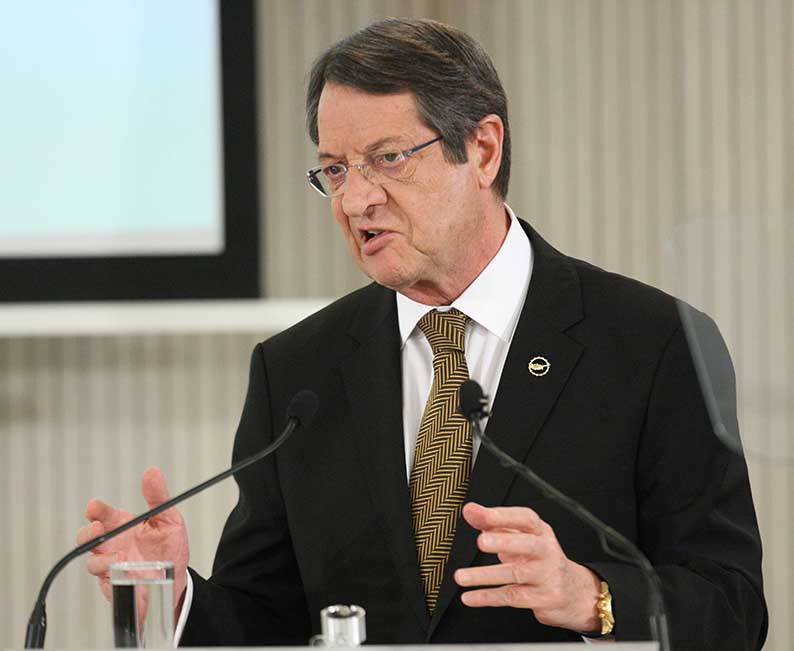 THE MOST critical four days in the last 43 years of the Cyprus problem begin in Geneva today. At a first glance, the requirements and conditions for a deal which would at long last end the blood-stained history of more than half a century, and give birth to hope of a better future for current and future generations, appear to exist.

But the demagoguery and sloganeering that have prevailed in the last few months on both sides of the dividing line have obviously created a climate that is not conducive to creating the necessary political courage required for the brave decisions which have to be taken if we genuinely want to reach a settlement.

During this time, both sides have resorted – while the intensified talks between the two leaders were in progress – to a paranoid campaign aimed at killing the peace effort. Leading these campaigns were the opposition parties, supported by organised groups, media outlets and individuals, that thought by thwarting an agreement and maintaining partition, assorted party, economic and personal interests would be served.

I will not go into their idiotic arguments that claim a federal settlement would lead to the dissolution of the Republic and the ‘Turkification’ of Cyprus, as they pretend not to know that half of Cyprus has been already ‘Turkified’ for the past 42 years. They also pretend not to know that the Greek Cypriot half would indefinitely be at the mercy of Turkey whose army could gobble it up in a matter of hours if it chose to do so.

Apart from the schizophrenic hysteria of the opposition, the two leaders and their associates have also contributed to creating a bad climate with unacceptable rhetoric. This column has on many occasions highlighted President Anastasiades’ remarkable clumsiness in handling the situation. He succeeded in gradually trapping himself in a labyrinth built by his own pointless, inexplicable and unnecessary rhetoric centred on so-called red lines.

Walking on the tightrope that separated the correct path for Cyprus for the following decades (which he has as a target) and his own personal path to the next elections, he unfortunately kept marking ‘red lines’, thinking this endeared him to public or helped him counter the hostile rhetoric of his political opponents. He will find these red lines in front of him in Geneva over the next few days. And perhaps he will be frightened to take the difficult decisions needed to reach an agreement.

He will have to face the harsh reality which says that in politics, when you are negotiating a compromise, you cannot achieve all your goals and have all the ‘red lines’ you drew satisfied. In other words, you cannot expect to secure the abolition of Turkish guarantees, the immediate withdrawal of Turkish troops, the return of Morphou and the scrapping of a rotating presidency to mention just the main ‘red lines’.

I have no doubt that the president is fully aware of this reality. Will he dare, however, in the next few days to rise above the rhetoric, close his ears to the sirens of partition, show the courage to assume his responsibilities as a true political leader should and write in the book of his political career a page for which future generations would be indebted to him? Or will the ‘red lines’ kill the last chance of a settlement?

Hope for a better future runs high in Peyia