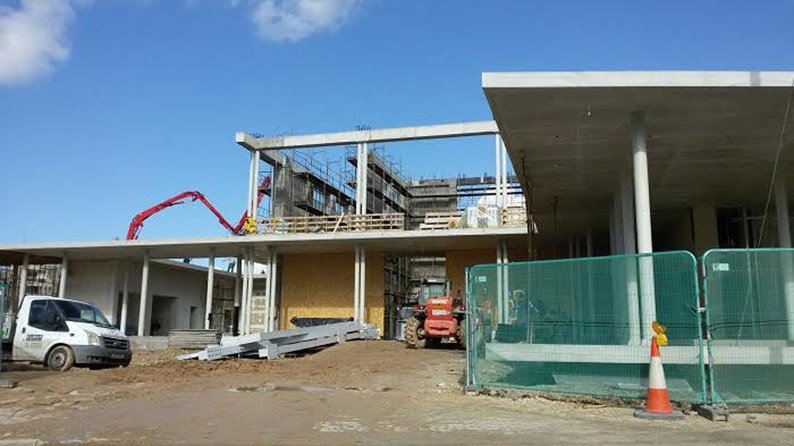 GREAT swathes of Paphos remain under construction ahead of the town’s official cultural capital ceremony which will take place later this month.

The cultural capital programme will officially begin on January 21 in Aarhus, while the opening ceremony for Pafos2017 will take place on January 28.

Paphos Mayor, Phedonas Phedonos, has assured that all of the projects related to the opening ceremony of Pafos2017 will be delivered on time and before the last weekend of January.

Phedonos said that large parts of the projects have already been delivered and others will be completed in the next few days. However, some work has been hampered by the rain, whilst work on the Markideio theatre was held up as a result of delays involving the removal of a marble factory.

He added that the Markideio theatre would be completed by the end of March 2017, and upgrading works at the Attikon will be finished by February.

Shop owners in the area who have been adversely affected are expressing mixed feeling with some demanding work is finished quickly as they have suffered economically, while others are optimistic.

Christians Mouzouri, owner of Kivotos gallery, has had a shop in the market for the last 21 years, her mother for many years before that. She said that the upgrading work is necessary and will help to breathe new life into the heart of the town

“I am happy that the work is being carried out as are most of the shop owners and I’m hopeful for the future, economically and culturally. If the environment is more civilised then the shops and venues will be more civilised and attract more civilised people; it’s logical,” she said.

Mouzouri said that for the last 15 years the area has been in serious decline, with broken and uneven pavements, holes in the roads and a lack of visitors, all contributing to the town centre’s demise. She said this is already changing.

“Lots of different shops are opening on Makarios Avenue, and the avenue and square are just about finished. It looks lovely and when the season begins and the sun is shining it will be marvellous. I’m very optimistic for this year, unlike last year.”

She added that upgrades were decades overdue. Many shops in the municipal market will also be closed from Monday as shop owners have been informed that after January 6, access ways will be dug up to facilitate laying new electricity cables.

The business woman did note that perhaps the coordination of works by the contractors could have been better handled and organised.

Some residents and visitors have voiced concerns that the town looks like an untidy shambles with access for vehicles and pedestrians impossible in some areas.

Large parts of Paphos town are being upgraded, with numerous roads being dug up, new pipes laid and other infrastructure being put in place. They are part of the 10 major infrastructure and development projects, with a price tag of €26.2 million, currently underway.

A spokesman for contractor Zemco said that many of the areas are already completed in Paphos and that works in front of the town hall and nearby schools will be delivered mid-January.

He also said that a two-month extension had been granted for work in some areas.

“Due to problems initially encountered when we started the works involving amongst other things, outdated drainage pipes which ran from the bus station area down to the market, we have been given a two-month extension, meaning that we have until the end of February 2017 to complete these roads.”