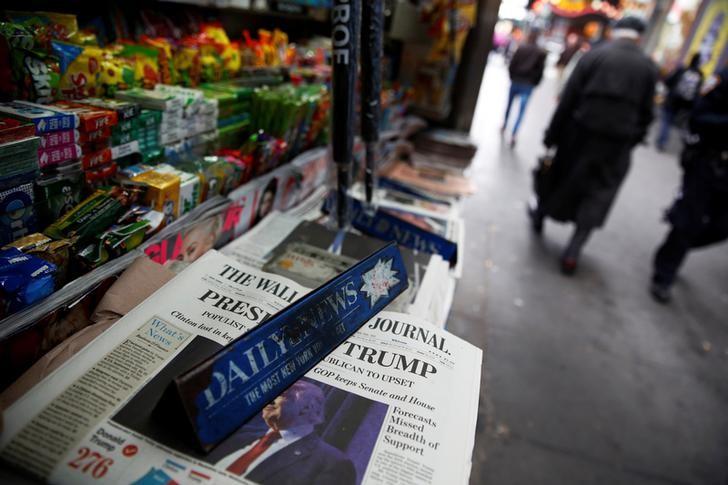 President-elect Donald Trump is clearly antagonistic toward the mainstream media. That attitude is unlikely to change after Inauguration Day. His disdain for journalists and reluctance to release details about his finances and business ventures may force journalists to rely increasingly on anonymous sources, a strategy that reputable news organizations have long frowned upon.

So in the age of Trump, how should a reader approach coverage that relies primarily on anonymous sources?

By not naming a source, a journalist asks you to trust them. Did they talk to an intern or a policymaker? Every source has an agenda; if we as readers don’t know the source we have a hard time parsing out and then evaluating that motivation. Remember the way the press covered decisions that led to the 2003 Iraq War via articles based on unnamed sources, all with tall tales of Weapons of Mass Destruction?

Anonymous sources certainly have their place. During the Watergate scandal, Washington Post reporters Bob Woodward and Carl Bernstein used a contact named Deep Throat to verify details about U.S. President Richard Nixon’s involvement in the break-in of the Democratic National Committee’s headquarters, theft of top-secret documents and bugging of phones. Legitimate sources need to be protected from retaliation in return for informing the public, especially where national security whistle-blowing is concerned.

Many readers feel they have only two options: take the reporter’s word for it, or not. The result is a steady flow of insider stories that get blasted through aggregated media, which simply repeat others’ work. They then abandon the story as online roadkill for us to Tweet about. We tend to either label what we read as bogus, or scream at people who label what we believe as bogus.

The unique circumstances of Trump’s business background mean legitimate anonymous sources will likely have to play a significant role in reporting over the next four years. At the same time, the echo-like nature of the web, coupled with partisan outlets and equally partisan readers, opens the door to more unscrupulous or mistaken use of anonymous sources.

So how can readers exercise intelligent skepticism?

One way is to apply some of the same tests intelligence officers use to help them evaluate their own sources. Since an article’s unnamed sources are fully unknown to you as the reader, not every test applies, but thinking backwards from the information in front of you to who could be the source is a good start on forming a sense of how credible what you are being told might be.

For example, is a source in a position to know what they say they know, what intelligence officers call spotting? A story claiming bureaucrats are unhappy with the new president might be legitimately sourced from a contact in the human resources office of a large cabinet agency. But how many people’s opinions would that source be in a position to know, beyond cafeteria gossip? Tens out of a workforce of tens of thousands? So if the finished story reads “State Department officials are unhappy with the incoming administration,” how credible is such a broad statement? Is it news what a handful of people think?

The “position to know” idea scales up sharply when a source says they are privy to important conversations: how would they know the contents of a call the president-elect made to a foreign leader? Only a very few people would be in the room for something like that. Would any be likely leakers?

Any article that cites a source who claims to know the “why” behind some action, what was in the head of a decision maker, should be subject to special skepticism. Key officials are generally not in the habit of explaining their true motivations outside a tight inner circle. In your own life, do you?

Legitimate sources risk something by talking, such as loss of a good job, maybe even jail. Is what they will get out of the leak worth the risk they are assuming? On the other hand, sources may push out fake leaks intended to influence public opinion. Often times these take the form of excerpts from classified documents. What would an anonymous source hope to achieve by such a leak, at the risk of prison? If you the reader can’t suss out the mystery source’s likely agenda – what they want – then you’re the guy at the poker table who can’t tell who the rube is, and needs a mirror to find out. Agenda-driven information can still be true, but is always worth a good sniff test by a discerning reader.

Another test you can apply is if the information being handed over fits the “is the juice worth the squeeze” test of credibility. For example, a source claims Candidate X had a police officer beaten up after she ticketed his car. Would a candidate really risk headline news that he ordered a beating of a cop just to retaliate for a minor traffic ticket? Careful readers also have to ask themselves whether they want to believe such a thing badly enough to overlook its improbability.

Similarly, is what you are reading consistent with other information on the subject? Does the new info track known facts, what intelligence officers call expectability? Overall, the further away from expectability a story stretches, the more obligation to be skeptical. While anything can have a potential explanation, falling back on “it might be true” or “you can’t prove it’s not true” are typical enablers of bogus news, or misleading and inaccurate reporting.

For example, a story published by ThinkProgress, a news site affiliated with the Democratic-leaning think tank the Center for American Progress, claimed the Trump Organization pressured the Kuwaiti ambassador to move a reception from the Four Seasons to the new Trump International Hotel in Washington as a way to curry favor. (The Kuwaiti ambassador denied this claim in both the ThinkProgress article and a subsequent article in Politico)

Who inside Trump’s group (his daughter Ivanka?) and the embassy (the ambassador’s personal aide?) would be privy to such a sensitive interaction, have the pull to speak one-on-one with an ambassador, and then wish to leak it? Would Trump risk creating a smoking gun of corruption over catering fees? Would the embassy want to put itself on front pages and potentially muddy relations over the same? Or would the journalist or the article’s source be working an agenda to discredit a politician by piggy-backing on an existing narrative Trump’s critics are predisposed to agree with?

In the end, an intelligence officer rarely knows what is 100 percent true, so they assign a rating to information, such as high, medium or low confidence, and act on the information (or not) in line with that.

A reader can never know with certainty the truth about an anonymously-sourced story. But while anything is possible, only some things are probable, and that’s usually the way you bet.

The kind of “who done its,” “why did they do its,” deep suspicions and flying accusations of the election season are unlikely to disappear on Inauguration Day. Partisan divisions, perhaps the sharpest in modern American history, will drive the media. Every news outlet will face pressures to break news ahead of the competition. In 2017, engaging with the media is not longer a passive process. Caveat Lector – let the reader beware.

Peter Van Buren, a 24 year State Department veteran, is the author of “We Meant Well: How I Helped Lose the Battle for the Hearts and Minds of the Iraqi People.” His next book is “Hooper’s War: A Novel of WWII Japan.”

The Reunification of Syria

What is holding back economic development?