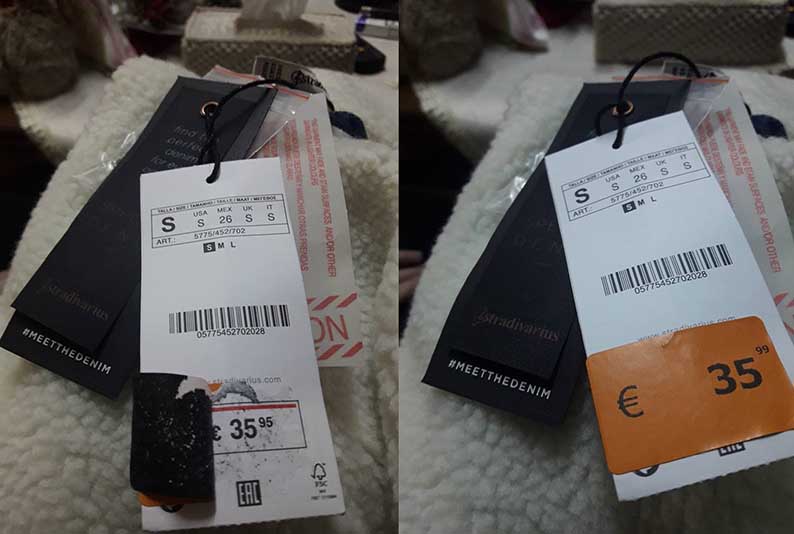 Shoppers can expect bargains during the ongoing sale season but should beware of being duped, consumer organisations have warned.

Stefanos Koursaris from the small and medium shops association Povek as well as the consumers’ union and the consumer protection service all said shoppers must beware of shop owners trying to cheat them.

“There is a law that everybody must display two prices,” Koursaris said, but added that the customer should check that the original price has not been inflated by making a note of the prices before and during the sale period. “People shouldn’t believe when there is a 50, 70 or 80 per cent sale, maybe that’s not real,” he warned.

One example of the type of cheating going on was posted on the facebook page of the Cyprus consumers union, where an item was labelled at a ‘discounted’ price of €35.99. But when the buyer peeled away the sale price label, the price on the original label was €35.95, four cents cheaper than the sale price.

Such practices are now illegal as shop owners are obliged to display two prices, the original and the discounted one.

Though a law protecting the consumer exists, the authorities rely on a voluntary adoption of the rules, said chairman of the consumer union Loucas Aristodemou. The practice does not work.

Aristodemou called on the state to force shopkeepers to inform the customers by displaying a list of their rights on the premises. This is especially necessary as each shop can decide on their own return policy. The customer should also request to know what the policies are and decline from buying from shops which have policies they disagree with.

Customers should also try and determine if the quality and the price match and if the goods are actually items which have been in the shop just prior to the sale and not left over from other sales. As Koursaris told the Cyprus Mail, sometimes just 10 per cent of discounted items are part of the presale collection.

Povek said probably the best bargains in this year’s sales are in clothes. A majority of people tend to go for electronic items when buying presents or something for themselves which meant shops such as Public have had record sales lately. Clothes shops, meanwhile, have been left with stock which they were unable to shift in December.

As a consequence, consumers can expect that prices for clothes will decrease even more in the next three weeks which is the main period for the winter sale, though there are no longer set dates by law.

Almost all shops have now started a January sale, some at the end of 2016, others at the beginning of this month and most are now planning to have their goods on sale for another three weeks.

Koursaris believes the absence of a law regulating the time the discounts are on offer is not a good thing for the consumer.

“We can have sales three or even four times a year,” he said on Monday, “but all should start at the same time which is better for the customer. Now there is a 365 day-a-year sale with prices going up and down.”

Shoppers who discover irregularities or have questions on sale policies can call the customer service line 1429, but should have as many details as possible at their disposal.

Our View: Focus on who will show up at five-party conference