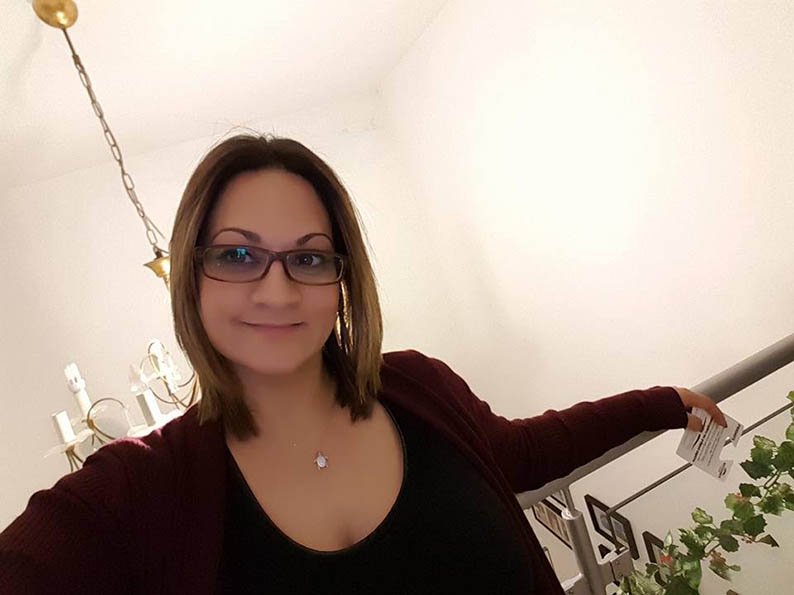 A PAPHOS singer is appealing to the public to get behind her bid to become the newest ‘Rising Star’ on a successful TV singing show in Greece aired live on Sunday.

Celia Stavri, 36, has already beaten thousands of hopefuls for her chance to compete in a new interactive singing competition – Rising Stars – being screened weekly on television channel ANT1. The English Cypriot is up against five other competitors, all from Greece.

The new show is like an amalgamation of The X Factor meets The Voice.

“I have been shortlisted from thousands to the final six contestants to sing live on Sunday on the major talent show Rising Stars,” she told the Cyprus Mail. “I am the only one out of the six that is from Cyprus, so I hope people will support me.”

The contestant with the most ‘likes’ on their video will perform live on Sunday in front of ‘the wall’, a huge black wall through which the audience can see her but she cannot see them.

Every Sunday a performer is chosen this way and wins a place in the next round from audience votes. Stavri added that the process is a little overwhelming, as the other five she is up against are all from Greece and have local support there.

The singer flew to Greece for a day on Friday before returning to Cyprus, and met with the production team. She had to showcase her talent in a ‘pre audition’ in front of ‘the wall’.

“They were checking that people could cope with the pressure and I got through,” she said.

She will fly back to Greece on Sunday, but won’t know if she has won a place to sing live until the show is broadcast. She said that if she gets through to this stage, she must then sing live and garner at least 70 per cent of the audience vote for the wall to be lifted. She would then be through to the next round.

Of the six competitors, three are singing in English, including Stavri, the rest are in Greek.

Stavri was born and raised in the UK but has been living in Cyprus for the past twelve years. She said that she has always dreamt of pursuing a career in music but lacked the confidence to get up in front of an audience to sing live.

She said that in the last couple of years, spurred on by her partner, family and friends, she decided to try and make herself sing in front of an audience.

“I sang at someone’s wedding, it came about as a fluke and now I am trying to do this more, to build my confidence.”

Stavri has also recently returned from a trip to the UK to see her terminally ill older brother, with whom she is very close. He made her promise that she ‘would just go and do it.’

Stavri was put forward for Rising Stars by her vocal coach, Sotiris Chrysanthou, without her knowledge.

The vocalist also has the support of the staff and pupils of the TLV private school in Paphos where she is an English teacher.

A drama and a farce on stage this Friday