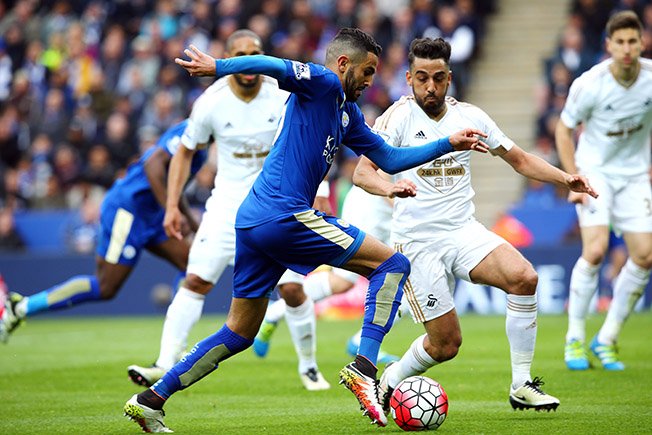 The impact of the African Nations Cup on clubs in Europe is again likely to be keenly felt over the next weeks with teams losing significant players to the tournament in Gabon, which gets under way on Saturday.

Clubs in England and France have lost 89 players to the three-week event, with Portuguese, Spanish and Turkish clubs also hit as their African players head to Gabon.

Just under two-thirds of the 368 players at the Nations Cup come from Europe – a total of 232 from 28 different countries – and the rest are from African clubs with a handful from teams in Canada, China, the Middle East, the United States and Vietnam.

English champions Leicester City, struggling to stay away from Premier League relegation this season, have lost three regulars to the tournament as they prepare to face leaders Chelsea and then go on tricky trips to Southampton and Burnley.

Riyad Mahrez, named African Footballer of the Year last week, his Algerian compatriot Islam Slimani and the Ghanaian defender Daniel Amartey could all be still away by the time Leicester host Manchester United on Feb. 5.

Sunday’s clash between Manchester United and Liverpool sees both sides having to do without an important element of their line-up. Defender Eric Bailly is playing instead for cup holders Ivory Coast at the finals with Liverpool’s Sadio Mane leading Senegal’s challenge for a first African title.

Jose Mourinho has already expressed his frustration after the Ivorians did not allow Bailly to stay for their last league at West Ham on Jan. 2, insisting instead he join their pre-tournament preparations.

FIFA regulations allow a call-up a fortnight before a continental championship and so effectively players with a country that reaches the final four of the Nations Cup are away for five weeks. They are then likely to need some rest before returning to club action.

Liverpool have sent a physiotherapist to travel with Mane, keen to get the striker back unscathed from Gabon.

In France, leaders Nice must do without Ivorian Jean-Michael Seri, who has been among their top performers this season. They would also have had to do without Younes Belhanda, but the Moroccan broke his toe last month and will not return until the end of January, ruling him out of a trip to the Nations Cup.

Struggling Lille have five players in Gabon, and Angers – also in the bottom half of the Ligue 1 table – lose four regulars with tough games against Girondins Bordeaux and St Etienne over the next two weeks.

The timing of the tournament remains a massive source of irritation for club coaches but a cacophony of complaints every two years is brushed aside with disdain by the Confederation of African Football, determined the competitiont will not move from its slot in January.

“The Nations Cup is an aberration for the players who are (at clubs) in Europe,” said Stade Rennes manager Christian Gourcuff, who last year left his job as coach of Algeria to return to France, summing up the mood of many.

The human form and the form its emotions takes

Barca must use common sense over Messi contract says CEO