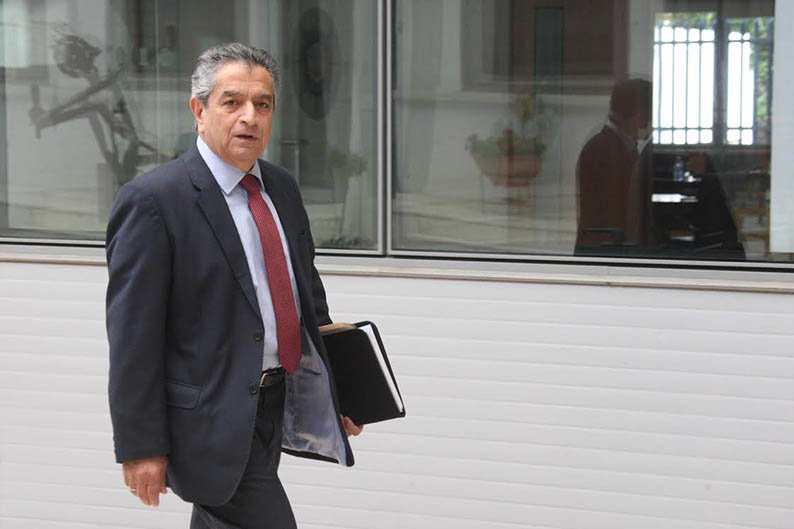 The report of an independent probe into corruption in the police force was delivered to Attorney-general Costas Clerides on Tuesday.

The result of 330 depositions over five months and spanning 84 pages, not counting the annexes, the report was drafted by a three-man panel, comprising former Supreme Court judge and head of the Independent Authority to Investigate Complaints against the Police Andreas Paschalides, and former police officers Panayiotis Pelagias and Agamemnonas Demetriou.

“The findings of the criminal investigators will be studied carefully, but will not be made public at this time,” Clerides said.

Paschalides said the team of investigators has concluded its work and the handling of the report is now up to the AG.

The three investigators were appointed by Clerides on August 9, in the aftermath of revelations that a tip-off from Interpol Belgrade that Serbian hitmen may be planning a major hit in Cyprus was bungled.

A supposed mix-up, whereby instead of responding to Interpol Belgrade, Cypriot police inadvertently notified the Serbian suspects that police were onto them, triggered suspicions of corruption in the force.

It is understood that the case relates to the June 2016 murder of businessman Phanos Kalopsidiotis in Ayia Napa, in which three other people were also killed.

“We welcome the conclusion of the team of criminal investigators’ work and the delivery of their report on issues of corruption in the police force to the auditor-general,” Justice Minister Ionas Nicolaou said.

“The justice ministry is eager to study the report’s conclusions, so that, in collaboration with the police, to take the necessary measures to prevent and suppress such phenomena.”

Irrespective of any criminal liability, which will be evaluated by the AG’s office, Nicolaou said, the ministry and the police will review any disciplinary issues arising, as well as any other relevant conclusions.

“The government is turning its determination to combat corruption into action, and in its last session the cabinet approved six of eight bills concerning battling corruption, which will be dealt with as a priority by parliament,” the minister said.

“Two more bills are awaiting review by the Legal Service, relating to the protection of corruption whistleblowers and the lifting of the privilege of privacy in phone-tapping.”

Approval of the bills, Nicolaou added, will allow the creation of an Internal Affairs unit within the police, which, under the guidance of the AG, will have a substantial and effective mandate and powers in collecting, processing, evaluating, and investigating corruption claims.

“Additionally, the required amendments to existing legislation and police regulations will be prepared, so as to expedite the adjudication of disciplinary corruption cases, and to expel or render ineligible for promotion any members of police convicted of disciplinary offences relating to corruption,” he said.