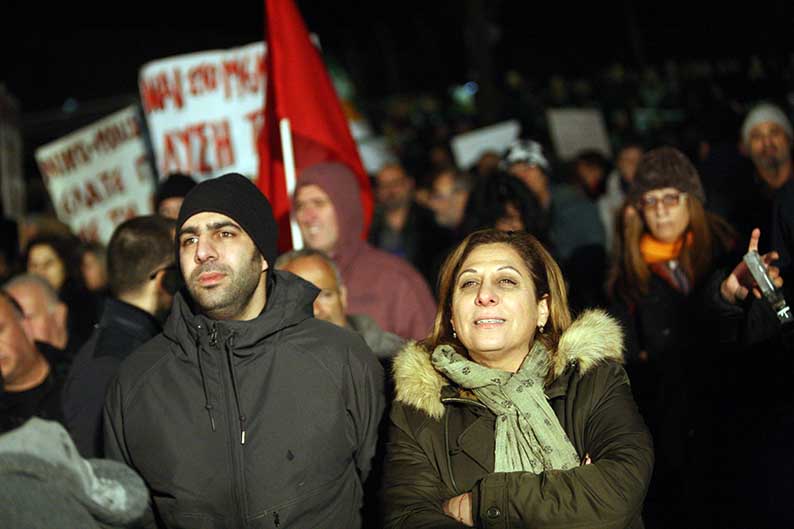 Police chief Zacharias Chrysostomou has requested a report into the presence of a number of far-right party Elam members at the peace rally on Tuesday in the Nicosia buffer zone, it was announced on Wednesday.

According to the police spokesman Andreas Angelides, the police chief requested a report into events following the complaints by leftist union Peo and the the bicommunal platform, United Cyprus “in relation to the counter-demonstration held in the buffer zone while the bicommunal event at the Cetin Kaya stadium was in progress”.

The bicommunal event, organised by around 130 groups, unions and organisations from both sides of the divide in support of the Geneva talks, was marked by a brief period of tension when, about two hours in, a small group of black-clad Elam members approached the marcher.

Reports from the scene said the 40-strong group of protesters shouted obscenities at the gathered crowd, which responded with chants against fascism.

“Around 40 people arrived at the area that were against the (peace) event,” Angelides said. He added that they were intercepted and removed by officers on duty near the Ledra Palace crossing so as not to come into contact with the peace marchers. He added that police had planned ahead of the event and took all appropriate measures. Riot police units were also present.

Despite this, Angelides said, the police chief requested a report of events to investigate the claims made by the complainants.

Peo and United Cyprus, in a letter they sent to the police chief and the justice minister, said that the police handled the situation wrongly as instead of stopping them from marching to the crossing, “they escorted them and allowed them to come up against people leaving peacefully from the event”.

Barca must use common sense over Messi contract says CEO