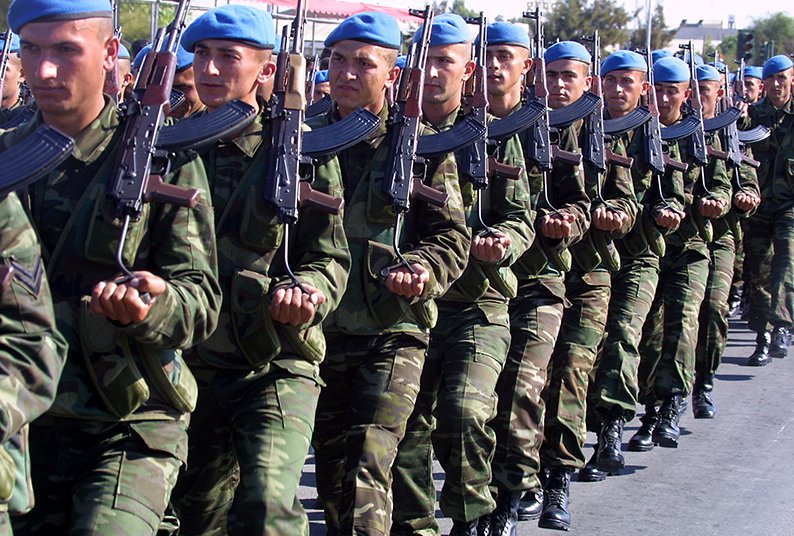 The Centre for Sustainable Peace and Democratic Development (SeeD) is proposing a new way of approaching the security issue in Cyprus, doing away with the traditional discussion concerning Turkish military guarantees which does not leave room for convergence between the two sides.

SeeD is in Geneva and on Wednesday was expected to present the results of its interim Research Findings and Policy Recommendations to heads of diplomatic missions, among them members of the Security Council.

The presentation will be held by Alexandros Lordos and Professor Ahmet Sözen, both Research Directors at SeeD.

Speaking to the Cyprus News Agency, Lordos said the aim was to pave the way for a discussion on security, away from the polarising issue of a continued military presence.

“We need to identify the real needs of Greek Cypriots and Turkish Cypriots and how these can be met in a satisfactory manner that is pre-emptive instead of reactive,” he said. “We aim to make the state that will ensue from a solution viable and able to handle any tension that may arise.”

The results of the research were sent to the two leaders and the UN last week. The survey was held between December 20 and January 5 with the participation of 3,000 people, 1,500 Greek Cypriots and 1,500 Turkish Cypriots.

Lordos said the poll showed the traditional discussion concerning Turkish military guarantees did not leave room for convergence between the two sides.

Their proposal, Lordos said, included an early warning — early response system that would detect emerging security threats at a local community level and develop an effective pre-emptive response, such as mediation, dialogue facilitation, or multicultural education, in coordination with local authorities and other institutions, including federal and constituent state police when necessary.

Lordos said that in countries which are exiting situations like the one in Cyprus, the first decade is considered a transitional period not only for troops related issues but for all citizens.

Sozen said they asked participants to outline their fears and concerns post-solution on issues of security and suggest mechanisms that would ease these fears.

The security issue, he said, is very broad and they believe there are concerns that cannot be eased with the presence of troops.

“That`s why you need a different mechanism and that`s why we have carried out this survey,” he added.

THE FINDINGS OF THE SURVEY

According to the survey, the majority of Greek Cypriots – 53 per cent – 48 per cent of Turkish Cypriots want the peace process to be successful.

But 25 per cent of Greek Cypriots and 21 per cent of Turkish Cypriots believe nothing will come out of the peace process.

Fifty-two per cent of Greek Cypriots want Turkey’s guarantees abolished after important parts of an agreement have been successfully implemented. Such parts are effective power sharing and absence of serious intercommunal violence.

The majority of Greek Cypriots, 76 per cent, favoured the continuation of the Treaty of Guarantee with unilateral intervention rights by Greece or Turkey for five years after an agreement, and its abolition thereafter.

Eighty-three per cent of Greek Cypriots felt more secure with the complete withdrawal of Greek and Turkish troops, and 91 per cent less secure with a Turkish contingent stationed in the Turkish Cypriot constituent state.

The research is funded by the US, Germany, and Holland and is part of the Security Dialogue taking place with the international Interpeace organisation and the German Berghof Foundatıon, based in Berlin.

Immigration and property top list of complaints to ombudswoman

Climate change and Cyprob in Brest at ‘One Ocean’ summit