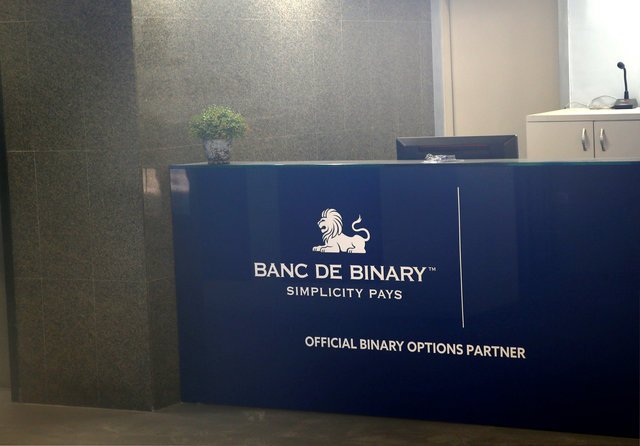 A deserted lobby of binary options company Banc De Binary can be seen in a building in the city of Ramat Gan, Israel where the company's offices used to be located January 11, 2017 REUTERS/Baz Ratner

Customers of the Limassol-based Banc de Binary Ltd (BdB) which renounced its licence obtained from the Cyprus Securities and Exchange Commission (CySEC) on Monday, will not have to fear for their funds, CySEC chairwoman Demetra Kalogerou said.

BdB, which last year paid a total of $11m in restitution and penalties in the USA for signing up customers illegally, declined to comment.

“When an investment firm winds down its operations and there is still clients’ money to be paid, they will receive it after they close their positions,” Kalogerou said. “Clients’ money is sacred. Let me remind you that during the 2013 banking crisis, we insisted that clients money (deposited by investment firms at affected Cypriot banks) had to be treated differently and we achieved it”.

As part of Cyprus’s bailout agreement signed in March 2013, depositors at Bank of Cyprus saw almost half of their uninsured deposits turned into equity while those at Cyprus Popular Bank, widely known as Laiki, lost all their deposits in excess of €100,000.

On the other hand, BdB creditors, including the company’s around 100 workers will have to follow different procedures as provided by law or contracts, to get their claims paid “but clients’ money is a separate issue,” she said.

On Monday, FinanceMagnates.com reported that the London-based law firm Giambrone was preparing litigation against BdB following complaints made by investors about fraudulent binary options trading.

The value of the complaints is currently estimated at €2m and will have to increase to €3m for the litigation to become financially viable for its funders, the site reported, citing lawyer Joanna Bailey.

“As stated in the renouncement letter issued by the company, which provided investment services via the domain eu.bancdebinary.com, its authorization with number 188/13 lapses as of January 15, 2017,” CySEC said in a statement on its website.

BdB will remain under CySEC’s supervision “until it settles its obligations” arising from both its investment services and its activities, the Cypriot regulator said.