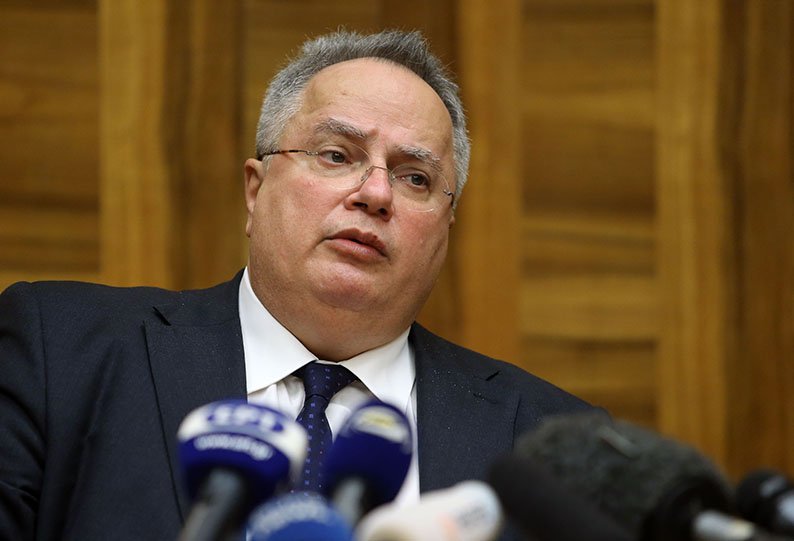 DESPITE President Nicos Anastasiades’ repeated denials of discord with the Greek government, a United Nations source told the Cyprus Mail that Greek foreign minister Nikos Kotzias gave off the impression that he is the more unpredictable of the protagonists involved at Thursday’s conference on Cyprus in Geneva.

Ahead of the afternoon session of the international conference on the issues of security and guarantees in the context of a settlement of the Cyprus problem, the three guarantor powers – Greece, Turkey and the United Kingdom – had a meeting with the UN’s new Secretary General Antonio Guterres.

However, sources from the Greek Cypriot delegation said, while everyone expected that Guterres would try to get a better grasp of each side’s perspective on the issues, he decided to cut to the chase right away, asking the parties for input on the way forward.

At this meeting, it was agreed that the best way forward would be to set up working groups at technocratic level to lay the groundwork and, once progress has been made, set up a higher-level meeting.

With this agreed, the question of when the working groups might come together was tabled.

Kotzias objected to a proposal to have them set up right away and get to work the next day – Friday – arguing that they couldn’t just be thrown into the inner workings of such complex issues without political guidance.

Instead, he proposed that either a few days should be allowed for the technocrats to be brought up to speed and given their marching orders, or continue the conference at diplomatic level.

But Turkish foreign minister Mevlut Cavusoglu then replied that the second option was a no-go because he had to return to Turkey on Friday to deal with Syria and the constitutional reform effort.

When the meeting was over, Kotzias announced the decision to the media, even going as far as offering a date no one had agreed to – January 23 – as the date the working groups would convene.

But he had forgotten to inform the Greek Cypriot delegation of any of this, for which he later apologised.

At the afternoon session of the conference, with all the players in the room, discussion started on setting up the working groups and when they might get to work, finalising next Wednesday as the kick-off date.

The incident sparked a round of rumours that the Cypriot government was unhappy with Kotzias’ handling, but both sides were quick to deny them.

Following a press conference held by Kotzias on Friday, Anastasiades paid him a visit, which Greek media described as “jovial”.

“Someone claimed the two of us had a fight,” Kotzias said, according to Greek media.

“Us? Not only did we not utter a word against each other, but we were in total coordination,” Anastasiades reportedly replied.

He added that this was “not the first time we heard crazy rumours, but we pay no mind”.

“I have come to the point of playing deaf,” Anastasiades told Kotzias.

“The point is, do we have the cooperation we should have?”

Kotzias remarked to the Cypriot president that “this issue we are discussing, security and guarantees, we set it up together”.

“And how was the proposal finalised? It was a combination of your idea for a friendship agreement, plus my ideas on the rest,” Anastasiades nodded.

From Turkey, President Recep Tayyip Erdogan fired criticism at Kotzias, saying that the Greek side was “once again avoiding a solution to the Cyprus problem”.

“On Friday, the Turkish delegation departed from Geneva, saying it had more important things to do, like the Syrian crisis and constitutional reform,” Kotzias countered on Friday.

“Those who left are the ones who ran off. We are still here.”

Coronavirus: kindergartens could reopen at start of June, adviser says