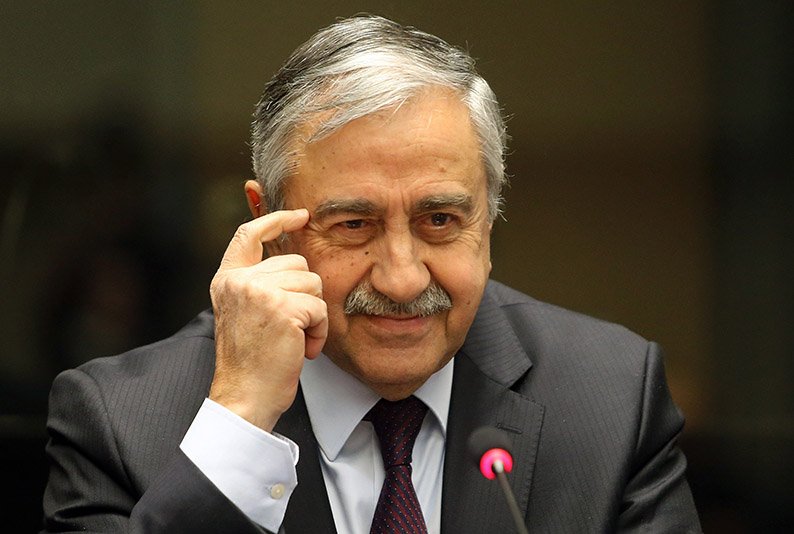 THERE are no taboos in negotiations over security, but a proposed solution without rotating presidency will not even make it to a referendum, Turkish Cypriot leader Mustafa Akinci told reporters at a press conference in Geneva on Friday.

Speaking for about an hour, Akinci said proposals for territorial adjustments from the two sides – Greek Cypriots and Turkish Cypriots – were submitted simultaneously and are held by the United Nations.

He added that President Nicos Anastasiades submitted a letter to the Secretary General of the UN, saying the Turkish Cypriot map is not acceptable, and so did he, considering the extent of distress it would cause “our people”.

At Thursday’s afternoon session of the “five-party conference”, views were aired on how progress could be achieved, an issue he had taken up with the British foreign minister and the European Union’s Foreign Affairs commissioner Federica Mogherini.

“All sides – Turkey, Great Britain, the Turkish Cypriot side, the UN, and the EU – agreed for the process to continue today, but Greece wanted time for more work, and the consensus was for working groups to meet on January 18,” Akinci said.

The Turkish Cypriot leader said that earlier, the press was informed “in a strange manner” that the date had been set at January 23, referring to Greek foreign minister Nicos Kotzias’ premature press conference.

“This conference is not over,” he said.

“In its new form, the issues will be discussed at a high level again, with the participation of the two leaders, and maybe the foreign ministers will prepare the ground for the arrival of the prime ministers.”

Akinci stressed that the talks of the last 20 months are now entering the final phase, noting that issues remain to be agreed, and some are inter-related.

“In the end, if there is a solution, all these outstanding issues will come to a joint end,” he said.

“Thus, I cannot say that the conference did not bring a result.”

The Turkish Cypriot leader said his wish is for discussion on security and territory, as well as any other outstanding issues, to proceed in parallel.

On rotating presidency, Akinci said it is considered of vital importance to the Turkish Cypriots’ political equality, and that he will not “hand the people a deal that does not include it”, but urged caution as “it is not the only issue still outstanding”.

Asked to comment on remarks made earlier in the day by Turkish President Recep Tayyip Erdogan insisting on the perpetual presence of Turkish troops in Cyprus, Akinci carefully distanced himself.

“The issue of security and guarantees is the object of the conference, and we need to give the working groups time to figure out how the issue will be discussed,” he said.

“Turkish Cypriots want to feel secure, but the issue is how to strike a balance so that both communities on the island can feel secure.”

How this issue can be handled so that both sides can accept it is the object of these talks, he added.

“There are no taboos,” the Turkish Cypriot leader said.

“If one side says zero guarantees and zero troops, while the other says these are untouchable, there is no room for discussion. But since we are here to discuss, and we have started to discuss, it follows that we are seeking a mutually acceptable solution. And Turkey is one of the parties to this conference.”