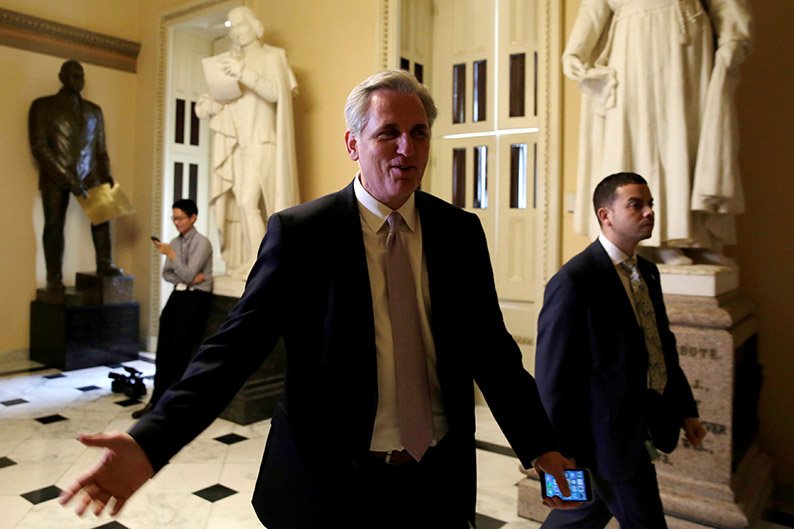 U.S. House Republicans on Friday won passage of a measure starting the process of dismantling Obamacare, despite concerns about not having a ready replacement and the potential financial cost of repealing President Barack Obama’s landmark health insurance law.

The House voted 227-198 to instruct committees to draft legislation by a target date of January 27 that would repeal the 2010 Affordable Health Care Act, often called Obamacare. The Senate approved the same measure early Thursday.

No Democrats supported the initiative.

With this vote, Republicans began delivering on their promise to end Obamacare, which also was a campaign promise of President-elect Donald Trump.

The programme, which expanded health coverage to some 20 million people, has been plagued by increases in insurance premiums and deductibles and by some large insurers leaving the system.

The resolution passed by the House and Senate does not need presidential approval, since it is part of an internal congressional budget process. But once the Obamacare repeal legislation is drafted, both chambers will need to approve it, and a presidential signature will be required.

By that time, Trump will have been sworn in as president and he has urged Congress to act quickly to repeal and replace the Democratic programme.

Obamacare was enacted nearly seven years ago – over Republican objections – in an effort to expand coverage and give new protections for people with pre-existing health conditions and other barriers that left them without insurance.

In the past few years, the House has voted more than 60 times to repeal or alter Obamacare but Republicans had no hope a repeal would become law as long as Obama was president.

House Speaker Paul Ryan, a Republican, said Obamacare was collapsing and action was urgent. For people who have health insurance through the Obamacare system, he said, “the deductibles are so high it doesn’t feel like you’ve got insurance in the first place.

“We have to step in before things get worse. This is nothing short of a rescue mission,” Ryan said.

Democratic leader Nancy Pelosi rebutted Republicans’ claims that the law was a failure.

“The rate of growth in healthcare costs in our country has been greatly diminished by the Affordable Care Act,” she said. “In the more than 50 years that they have been measuring the rate of growth, it has never been slower than now.”

The choice before lawmakers, she said, is “affordable care versus chaos.”

Trump applauded Congress’ efforts with a Friday morning tweet saying, “The ‘Unaffordable’ Care Act will soon be history!” The president-elect, who takes office on January 20, pressed lawmakers this week to repeal and replace it “essentially simultaneously.”

Republican leaders would like to finish the repeal process within weeks but some lawmakers think it could take far longer.

Some Republicans have expressed concern about starting a repeal before agreeing on how to replace provisions of the complicated and far-reaching law.

Republicans say a good replacement would give states more control of a healthcare programme and provide more stability on health insurance premiums.

‘No taboos’ over security, says Akinci