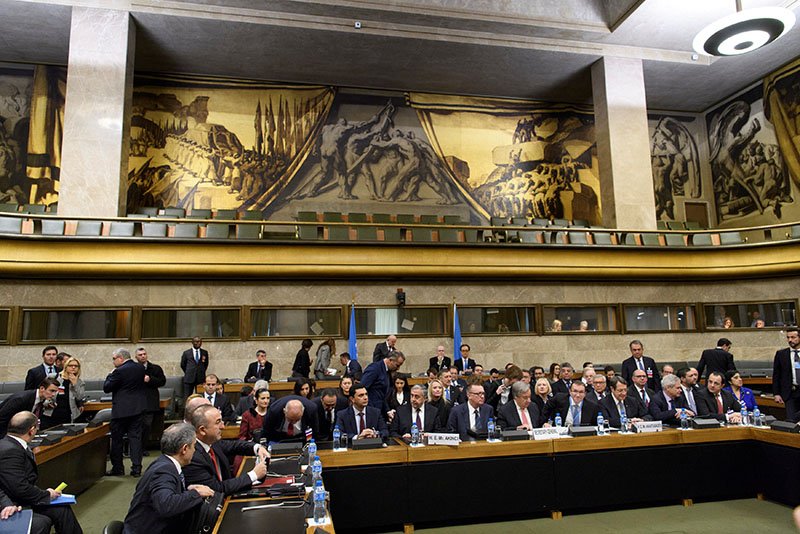 Despite the difficulties, progress had been achieved in the reunification talks in Geneva, Akel leader Andros Kyprianou said on Saturday, expressing cautious optimism that the thorny issue of security would have a positive conclusion in the coming days.

“The procedure advanced ahead with the negotiations, despite the difficulties,” Kyprianou told reporters.

The Akel leader emphasised the submission of maps by the two sides but also Turkey’s willingness to discuss security and guarantees, a matter that was never broached in the past.

Kyprianou conceded that the sides disagreed on the issue but the fact that it was on the table was a positive development.

“The fact that Turkey agrees to discuss the matter, and the position of many EU member states and the UN Security Council that the current system of guarantees was obsolete, raises cautious optimism for a positive conclusion,” he said.

Akel appears to be playing a key role in the negotiations, keeping back channels open with the Turkish Cypriot side but also with Greece’s left wing government.

Kyprianou said his party will work for a solution without petty political expediencies and he appealed to the people to support the efforts “rejecting demagogic, unfounded and damaging rhetoric. The latter referred to the five small hardline parties who suggested that the conference had upgraded the Turkish Cypriot breakaway state.

“People must understand that a non-solution does not mean preserving the Republic of Cyprus,” Kyprianou said. “On the contrary, perpetuation of not achieving a fair, functional and viable solution will act as quick sand, posing huge dangers for the prospects and future of Cyprus and the Cypriot people.”

Ruling Disy chief Averof Neophytou said there had been two positive developments in Geneva: the submission of maps and the discussion on security and guarantees.

Neophytou said the procedure would test Turkey’s will for a solution.

“Turkey can no longer hide behind the Turkish Cypriots on internal aspects. Turkey will be tested at the most formal stage of the international conference.”

UN-hosted talks broke up on Thursday with a promise to bring officials together in working groups to tackle the thorny issue of security.

The technical talks on security, which begin on Wednesday, are expected to run in parallel with negotiations to tie up unresolved issues in other areas of the talks, the United Nations said in a statement.

Hardline parties on the other hand, saw no positive outcome from the talks.

The leader of Edek, Marinos Sizopoulos, said the progress that some suggested did not correspond with reality.

“It simply serves expediencies and preserving a procedure that moves very slowly and poses significant dangers,” he said. “In a nutshell… during the four days of consultations, there was no substantive benefit for the Republic; on the contrary, there were additional benefits for the Turkish Cypriot side.”

To Diko, the conference had been a fiasco for the Greek Cypriot side and a win for the Turkish side.

The party said the Greek Cypriot side was forced to make concessions in governance in exchange for a map that does not meet any of the criteria on territory.

The Turkish side also achieved the continuation of the negotiations with a composition of five parties – three guarantors and the two communities – without the Republic of Cyprus.

SpaceX counts down to first launch after rocket explosion