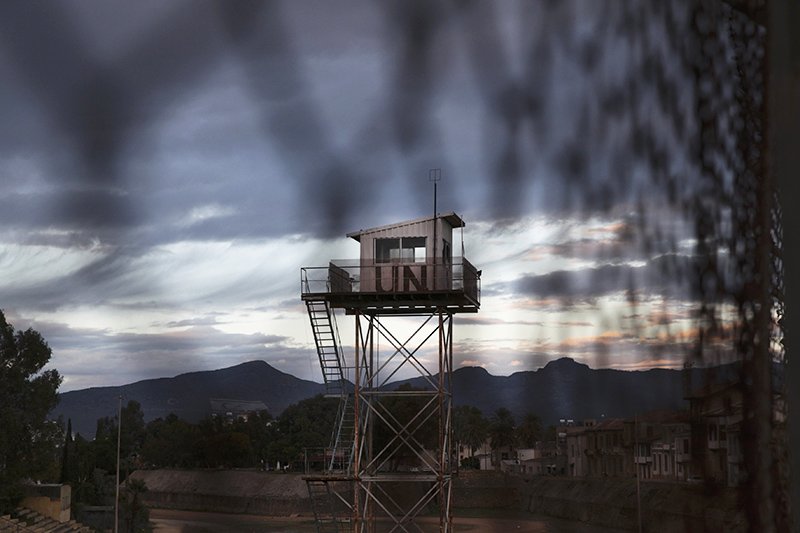 Over 20,000 square metres of land was demined in the second half of last year in four locations, UN Secretary General Antonio Guterres said in his latest report on Unficyp, which was released on Saturday.

From June 25 to December 15, Unficyp integrated a mine-clearance capacity to focus on the five areas in the north that had been identified in 2015 as Suspected as Hazardous Areas, and to provide support to the Committee on Missing Persons to protect its staff from possible risks from explosive remnants of war.

In the process of clearing the 21,757 square metres of land in four locations seven anti-tank mines were removed and destroyed.

According to the report, despite assurances by the Turkish Cypriot security forces, no progress was registered in the clearance of the minefield just north of the buffer zone in Mammari where heavy rains led to mine-washes into the buffer zone in 2014.

Nor was progress made in clearing the four known remaining minefields in the buffer zone, of which three belong to the National Guard and one to the Turkish forces. While the Turkish Cypriot side has indicated that it would accept the clearance of all four areas as a package, the Greek Cypriot side maintains the position that its three minefields are required to counter a perceived threat. Efforts continue at all levels to advance a more comprehensive approach to demining, both inside and beyond the buffer zone, Guterres said.

Hunting, the report said, was of particular concern, as armed hunters who are often in fatigues can be mistaken for military personnel. Unficyp intensified joint patrolling with game wardens and liaison with local authorities to address the 54 hunting-related incidents in the buffer zone by Greek Cypriot hunters during the June to December period. In one incident in November, hunters fired in the direction of unarmed peacekeepers.

On December 13, charges had been brought against three suspects in relation to those events.

More than 719 permits for civilian activities were issued during the same period, and all 12 applications for civilian construction projects in the buffer zone were approved. Unauthorised farming, however, continued to be problematic and a source of tension. The university in Pyla continued to operate without UNFICYP authorization.

During the reporting period, the number of intercommunal civil society initiatives in support of the settlement talks increased considerably, often assisted by Unficyp within the buffer zone. The force facilitated the participation of more than 3,000 Cypriots from both communities in more than 50 sporting, cultural, educational and other civil society events. In addition, Unficyp facilitated 93 intercommunal gatherings at the Ledra Palace Hotel, with more than 2,300 participants.

In November, during the second meeting of the leaders in Mont Pèlerin, Switzerland, more than 2,000 Cypriots and 120 organisations from both communities participated in a bicommunal celebration and concert in support of the settlement talks.

Transition planning undertaken during the past year by Unficyp has demonstrated the extent to which the United Nations capabilities on the island will need to change to effectively support the implementation of an agreement and assist the sides with the challenges of a post-settlement period, Guterres’ report said. “Defining these new capabilities will depend on further progress in the talks on key outstanding issues and will require thorough engagement with the sides on their expectations for the future United Nations role. It should be noted, however, that with current resources and in its present configuration, Unficyp has limited ability to deliver appropriate support to a settlement,” Guterres’ report added.

On December 15 the military component of Unficyp numbered 883 (56 women) for all ranks, and the police 67 (17 women).
Guterres recommended the force’s mission be renewed for a further six months until July 31. The UN security council is set to vote on this on January 26.