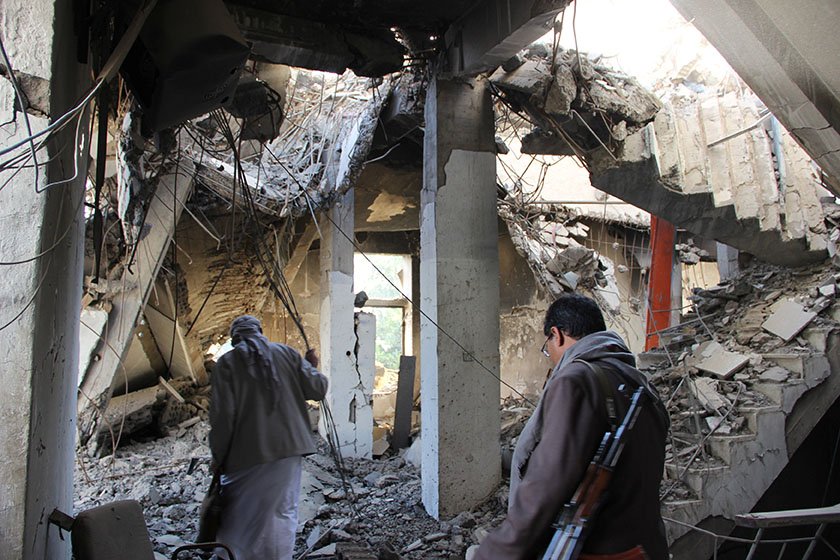 US President-elect Donald Trump will soon be grappling with the unenviable task of bringing some degree of order to the Middle East whilst trying to restore the now-diminished US influence in the region.

The challenges are indeed formidable: the worst civil war in history that has left half a million dead and millions homeless in Syria; the failure of the Iraqi state to be in full control of its territory and the prospect of its dismemberment; the on-going war in Yemen with the potential to escalate into a wider regional conflict; the Sunni-Shi’a rivalry that fuels much carnage in the region; the threat posed by Isis in the region and beyond; Turkey’s divided society and its flirtation with Moscow; Russia’s bold manoeuvring to expand its influence in West Asia and North Africa; and of course the on-going Arab-Israeli dispute that has defied a solution for over half a century.

Are they all inter-related? Yes, they are. Do they require a package deal between all belligerent parties or can they be dealt with separately? They can be addressed discretely but in the absence of a comprehensive regional agreement their durability would be uncertain. The Kurdish question, for example, is inevitably linked to the war in Syria and the fight against Isis. One therefore cannot hope to bring an end to the conflict in Syria or defeat Isis in isolation and with no regard to the Kurds. Similarly the Sunni-Shi’a rivalry is intrinsically embedded in the situation in Iraq and Yemen.

President Trump therefore would be well advised to adopt a holistic approach to the Middle East region informed by an overall strategic outlook with goals that are at once desirable and feasible. That approach should take into account several underlying factors:

Firstly, the region is rife with religious, sectarian and tribal divisions. Ensuing rivalries and enmities cannot be resolved by the sovereign state alone. There is a need for a regional supra-national order expressed in one form or another (alliances, partnerships, institutions, treaties, agreements, etc.) that includes all parties. The US, in cooperation with others, would be well-placed to act as a guarantor of that new framework.

Secondly, Washington should seriously consider an old idea proposed by pre-revolutionary Iran to tie any fluctuations in the price of oil and gas to corresponding changes in other strategic commodities such as wheat and petrochemicals. The consequent reduction in sudden and profligate changes in oil prices would contribute to greater financial and economic stability in the region and globally.

Last but not least Washington should take heed of the post-cold war experience: it cannot single-handedly police the world nor can it revert to isolationism and leave the Middle East. Eight years of George Bush Jr and eight years of Obama have illustrated that clearly. The US must now find the balance between the realms of principles, interests and feasibility. That would require more than just a grand strategy and should include finely tuned policies that accommodate the nuances of the situation on the ground.

The introduction of a somewhat new order in West Asia/North Africa would of course necessitate certain changes that may not be equally welcome by all the governments affected. However, if we wish to stop the killing and the suffering of the people in the region change is unavoidable. Vision and strategy coupled with wisdom and courage are needed for a truly global leader to make their mark in the world, for good intentions alone do not deliver the intended results in international relations.

Why Europe became a baby