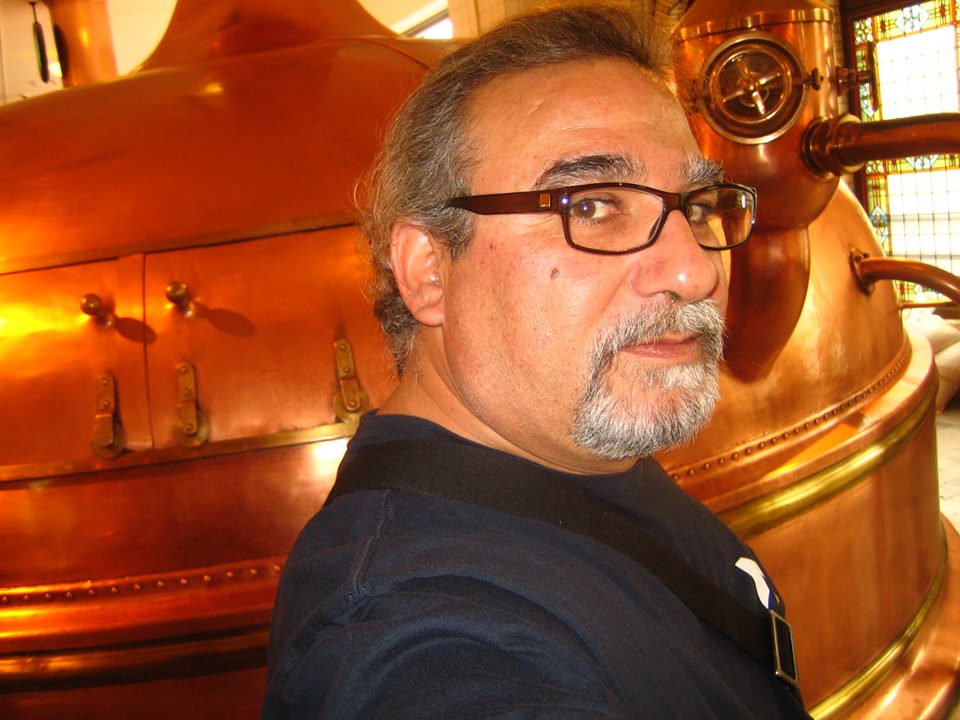 With the arrest in Greece of Efi Irodotou, Cyprus’ most wanted woman, six years after a warrant was issued against her for the death of Emilios Ioannou, the courts can no longer avoid confronting the allegations of nepotism and corruption that have accompanied the case from the start.

Irodotou’s parents were also arrested on Sunday and now face charges of perverting the course of justice. All three fled to Greece in 2011 after a successful appeal by Ioannou’s family against the original 2009 court case into his death.

On December 27, 2007, 20-year-old Irodotou was involved in a hit and run that killed 17-year-old motorcyclist Emilios Ioannou. Although he had been wearing a helmet, it did not protect him after she, three times over the alcohol limit, drove through a red light at Mesa Gitonia in Limassol and hit his motorbike.

The blow was fatal but she continued to drive on. A witness at the scene sped after her, forcing her to stop. The police were notified but from that moment on, the Ioannou family not only had to deal with the grief of losing their son but they also became the victims of one injustice after another.

After the accident, the case went to court where Irodotou faced four charges – causing death by careless driving, abandoning the scene of the accident, driving under the influence of alcohol and violating the traffic code (driving through a red light).

To anyone, the case seemed straightforward. Ioannou’s father, Pambos Ioannou, in a rare interview back in 2015 said “people would ask us what lawyer we had and we said, ‘We don’t have a lawyer, this is such a clear case’.”

Nevertheless, on July 3, 2009, the very day Emilios should have been celebrating his 19th birthday, three of the charges against Irodotou were dropped.

She was found guilty only of abandoning the scene, charged with €120 court expenses, forbidden to drive for the next two years and received a two-month prison sentence, suspended for three years.

Only a few days before the decision, Ioannou’s family received a letter from their son’s insurance company with a request from Irodotou’s defence team, seeking damages for their client’s vehicle and physical injuries.

At the time, Ioannou would have been content with an apology but then enough evidence was found to appeal the decision in 2011.

“I have to say, the police chief (at the time, Michalis Papageorgiou) was the first and only official, from the top ranks of such procedures, that told us ‘something bad has happened in this case’,” Ioannou said.

In a stroke of luck, for example, it was found that one of the witness statements had been tampered with to change the whole meaning of a sentence. The version submitted to court read “I asked her if he was wearing a helmet and she said he (Emilios) was not (wearing a helmet).”

However the version the state lawyer appealing the case had in his hands read “he was wearing a helmet.”

To further prove the word ‘not’ had been added afterwards, the defendant’s lawyer had a version similar to the previous but was missing a letter to say “he was no wearing a helmet” (translated from Greek).

There were also questions raised about the credibility of one of the witnesses who was suspected of tampering with evidence. He was employed at the company of one Irodotou’s circles and was, according to Ioannou, promised legal documents to live and work in Cyprus as he was a Serbian national.

“Whether he eventually got it or not, I don’t know.”

The key witness to the case, the woman who followed Irodotou in her car on the night of the accident was completely discredited after records of her clock in and clock out hours at her work were used to dispute that she had ever gone to the police to give a statement.

There were serious concerns that the system monitoring clock in and clock out hours had been tampered with to discredit her testimony.

Crucially, evidence to prove Irodotou had been drink driving with her alcohol levels at 70mg instead of the legally permitted 22mg were never submitted to court.

“What was missing was a piece of paper that said the equipment was operating properly,” Ioannou had said in the interview. “She (the state prosecutor) had three chances to submit it and never did.”

Two years later, in 2011 the state prosecutor, Efi’s lawyers and the Serbian witness were arrested. The case went to court and although none were found guilty, the state prosecutor was forced to resign. Sources say she now operates her own legal office in Limassol. The Sunday Mail could not verify this information as the name, as it was written in the court papers in 2011, is not registered with the Cyprus Bar Association.

Although the witnesses were found not guilty, enough serious questions had been raised for the judge to reopen the case.

It was at this point Efi Irodotou and her parents fled the country to Greece where they have been living ever since despite European arrest warrants issued against them in 2011.

Unofficially, it was an open secret they were in Greece, although there had been some speculation they were in England a few years ago.

During Ioannou’s interview in 2015, the presenter asked police spokesman Andreas Angelides how it was possible the family had just disappeared.

“Is there no movement in their bank accounts? Do they not communicate with people in Cyprus? Because information we have says there is communication,” the presenter said.

Of course, no official answer as to how the family could live in Greece undetected for so long has yet been given. And this week police continued to stick to the official line that following a tip off from Nicosia to Interpol, Greek police proceeded to arrest the parents whilst they were in a church in Greece on Sunday. On hearing the news, Efi then handed herself in.

The proceedings against Efi will have to do with the three charges that were dropped in 2009 while her parents face a number of charges including perverting and obstructing the course of justice.

One source told the Sunday Mail that Ioannou has exercised pressure on a ‘high ranking person’ who then collaborated with authorities in Greece to arrest the three, but the Sunday Mail could not confirm this.

Over the summer, however, there had been increased activity related to Europol announcements and her ‘wanted’ status.

“I hope and believe proceedings will be impeccable and impartial. I repeat, impartial,” Ioannou said earlier this week, after expressing his certainty that political figures had assisted the Irodotou family in evading arrest for so long.

“This time, it will be harder for us because we know a lot more about what happened. We hope we will be able to go through with it. We have the support of the people,” he said.

“We’re not waiting for Emilios to come back. We’re waiting for justice to do its job. Whatever that may be.”

Since news of the arrest was published, Ioannou’s’ Facebook profile has been flooded with words of support.

He said Emilios’ friends have been a pillar of support who regularly visit the family and “take Emilios with them to football games.” An ardent Omonia supporter, the team often posts news about him and even other Limassol teams Ael and Apollon have waved flags with his name.

Every year, Emilios’ friends make a tribute at the scene where he was killed with the motto ‘only the forgotten are truly dead’.

In his 2015 interview Ioannou quoted one of his wife’s comments.

“It could have been our son that caused an accident. But we would have never treated the family the way we have been treated.”