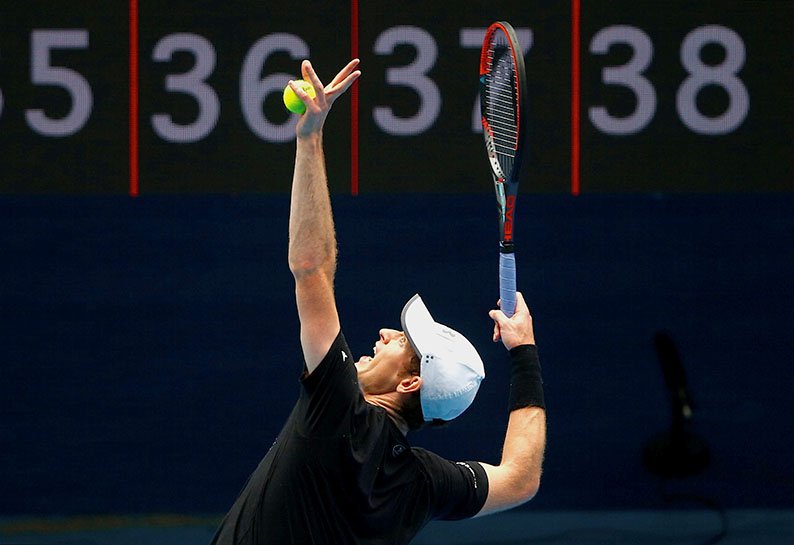 HAVING snatched Novak Djokovic’s world number one ranking in a thrilling late-season raid, Andy Murray will bid to storm the Serb’s Melbourne Park fortress and capture an elusive Australian Open title after five agonising near misses.

Murray enters the year’s first grand slam in unknown territory, rated as top seed for the first time in his 12th campaign and with a ‘Sir’ in front of his name as the recipient of a knighthood from Britain’s New Year’s honours list.

The Scot also brings the knowledge that ten years of hard graft to reach the summit of the men’s game could end in a heartbeat if defending champion Djokovic has his way.

“I’d say Novak Djokovic is still the biggest threat to the number one ranking,” Murray said in Doha where he kicked off his season.

“His record in Australia is incredible. He has won it six times and won a number of finals against me too, so I’m expecting him to play very well there.”

Few players know how heavy lies the crown as fellow 29-year-old Djokovic, who spoke of hungrier wolves snapping at his heels after his defeat over Murray last year, his fourth in a Melbourne Park final between the pair.

Long the alpha male of the pack, Djokovic completed his sweep of grand slam titles at last year’s French Open then fell away dramatically in the second half of the season.

Only last week, however, the Serb fired an ominous warning to Murray by snapping his 28-match winning streak in a fiery three-set decider to defend his Qatar Open title.

Djokovic joined Roy Emerson as the most successful men’s champion at the Australian Open last year and can take sole possession of the record with a seventh crown, having won in 2008, 2011-13 and 2015-16.

Murray is saddled with a less enviable record, having become only the second man in the professional era to lose five finals at a single grand slam when defeated last year.

The other, his coach Ivan Lendl, lost five at the U.S. Open but sandwiched the defeats with a hat-trick of wins from 1985-87.

On opposite sides of the draw, Murray and Djokovic can only meet in the final, with the Scot enjoying a more favourable run in the first week.

Murray plays 93rd-ranked Ukrainian Illya Marchenko in the first round, while Djokovic has a much less palatable prospect in Spanish veteran Fernando Verdasco, who upset 14-times grand slam champion Rafa Nadal in their opener last year.

Bookmakers see little chance of the title going to anyone other from Djokovic and Murray, but U.S. Open champion Stan Wawrinka is the most fancied of the rest.

Beating Djokovic on the blue courts of Melbourne Park invariably means winning the title and Wawrinka managed it a blockbuster quarter-final in 2014 on the way to claiming the trophy.

Crowds will clamour for four-times champion Roger Federer to go deep in the tournament as he returns to grand slam action after a long layoff from a knee injury.

But seeded 17th, Federer faces a treacherous first week, with fifth seed Kei Nishikori a likely third round opponent before a possible quarter-final against Murray.

Ninth-seeded Spaniard Nadal, the 2009 champion, can also expect raucous support as he bids to shrug off two barren years at the grand slams.

Other fans will hope the next generation stakes its claim.

Third seeded Canadian Milos Raonic may be the best placed among the younger challengers to clinch a maiden grand slam title, with home hope Nick Kyrgios and Bulgarian Grigor Dimitrov also capable of troubling the heavyweights.