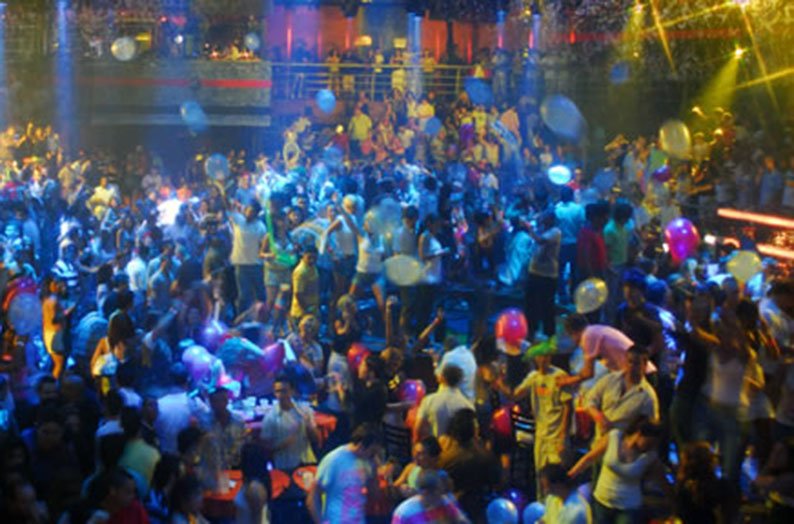 At least five people, including foreigners, were killed and 15 were wounded early on Monday, when a gunman opened fire at a nightclub in Mexico’s Playa del Carmen resort during the BPM electronic music festival.

Quintana Roo State Attorney General Miguel Angel Pech said a Canadian, an Italian and a Mexican were among the dead, while the U.S. embassy in Mexico said authorities had confirmed the death of an American. The nationality of the other victim was still unclear.

Pech had earlier said a second Canadian and a Colombian had been killed in the attack. One of the dead died in the stampede to leave the club, he added.

The gunman escaped and was still at large, Pech said, adding that the incident was not being investigated as an act of terrorism.

The Canadian government confirmed one citizen had died and said it was investigating reports of the death of a second.

Pech said the armed man entered the Blue Parrot nightclub around 3 a.m. (0800 GMT) on Monday, during the closing events of the festival. An attempt to stop him sparked a gunfight that drew in security staff.

The shooting spells a major blow for Mexico’s tourism industry, which has been one of the few bright spots in the economy, thanks to a weak peso exchange rate.

Tourists are generally shielded from the drug violence that has ripped Mexico apart over the last decade, killing well over 100,000 people since 2007.

Pech said seven of the 15 injured were still in the hospital. One was in grave condition, the state government said in a statement. Four people were arrested on suspicion of involvement.

Two BPM security workers were among the dead, Pech said, but in a statement, festival authorities said three of their security team had been killed. BPM blamed a lone individual for the shooting.

Quintana Roo and the surrounding Yucatan peninsula have traditionally been less violent than other parts of Mexico, with relatively few murders.

However, with many foreign tourists and a vibrant night life scene, there has long been an important local drug market in and around Playa Del Carmen, which is just south of the popular resort of Cancun.

The organizer of an electronic music event near Playa Del Carmen told Reuters that armed men who claimed to be part of a drug cartel turned up recently at one of his parties, demanding access to sell drugs.

The event’s security team decided to let them enter so as to avoid conflict, the organizer said, adding that cells from all the major Mexican cartels were now operating in Quintana Roo, a wealthy region full of tourists.

The organizer said the situation in Quintana Roo deteriorated after the political party controlling the state government was forced out in local elections last year, a shift that can spark violence as criminal groups struggle to realign allegiances with the incoming politicians.

“They’re all fighting for control of the region,” said the organizer, who declined to be named for fear of reprisals. “This is an aggression toward any promoter of electronic music in Mexico. It’s a wound for the entire community.”

He added that he thought BPM would have to end, and feared for his own events in the region.

PANIC ON THE STREETS

Videos purportedly shot at the scene shown on television and social media show dancers ducking for cover and running out on the streets to safety.

“This is a very, very sad situation. Tryna get my head around it still. Thoughts and condolences to all affected,” Scottish DJ Jackmaster, who was performing at BPM, said on social network Twitter.

The BPM festival, which was entering its 10th year, has grown to be one of the world’s biggest electronic music events, with top DJs flying in every January to play the clubs of Playa del Carmen along Mexico’s Caribbean coast.

In recent years, a growing number of DJs and fans of electronic music have flocked to the beautiful, balmy region to escape the frigid European and North American winters.

Evaporating trust in the system in the ‘post-truth’ era