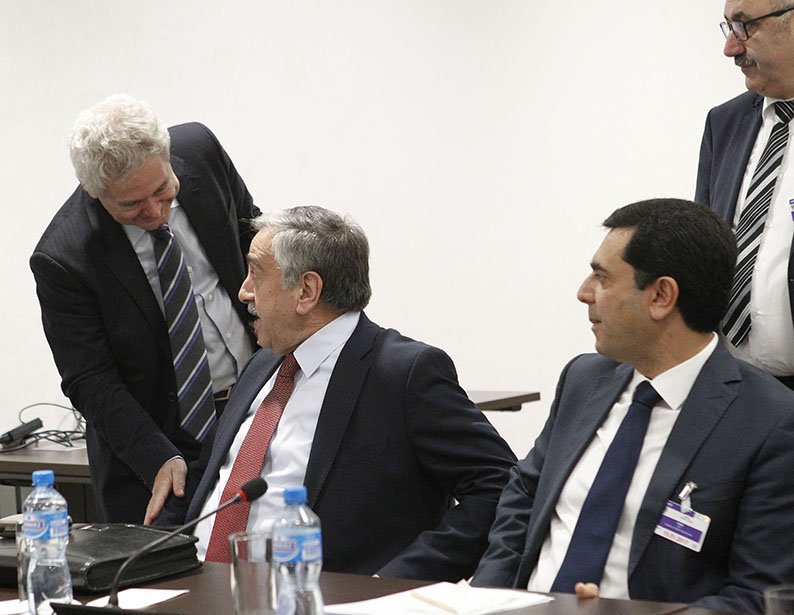 Preparations are underway ahead of the technical talks on Cyprus, to commence on January 18 at Mont Pelerin, Switzerland.

The Conference on Cyprus that convened on January 12 in Geneva, under the auspices of the Secretary-General of the United Nations, decided to establish a working group at the level of deputies. The group will commence its work on January 18 and its task will be to identify specific questions and the instruments needed to address them.

According to the decision taken, the conference will continue at political level immediately thereafter to review the outcome of the working group’s discussions.

Greek Cypriot negotiator Andreas Mavroyiannis and his Turkish Cypriot counterpart Ozdil Nami are heading the specialist teams of their respective sides set to discuss the security and guarantees issue.

At the Swiss resort, Mavroyiannis will be representing the Republic of Cyprus as well as the Greek Cypriot community, the government spokesman stressed on Monday.

His remarks were a continuation on the familiar theme on whether the Republic is a participant in the end-stage of the negotiations.

According to the spokesman, accompanying Mavroyiannis to Mont Pelerin will be legal experts, military officials as well as academics.

The EU, an observer and interested party to the talks, will be represented by the union’s permanent representative to the UN in Geneva Peter Sorensen.

European Commission spokesman Margaritis Schinas said during Monday’s press briefing that Pieter van Nuffel, the European Commission President’s personal representative to the Cyprus talks, would be “at the disposal” of the parties in Mont Pelerin.

“After Geneva, the ball is rolling. The conference on Cyprus is continuing, this time at a technical level as agreed in Geneva.

“This will be a difficult process, it will be a process that still has a way to go,” Schinas said.

During Monday’s meeting of EU foreign ministers in Brussels on Monday – discussing mainly the situation in Syria and the Middle East peace process – Foreign Minister Ioannis Kasoulides said the Geneva Conference on Cyprus was an open-ended process.

He said the fact guarantees were discussed there – an issue which had been taboo for 40 years – constitutes an important step forward.

It’s understood the objective is to have the technical talks continue at the level of foreign ministers of the interested parties. If progress is achieved there, another political summit – effectively a Geneva Mark 2 – would be convened featuring heads of state.

A date has yet to be fixed for a new summit.

In Nicosia, ruling Disy put out a statement saying the upcoming discussions in Mont Pelerin will not touch upon the issue of territory, and only security and guarantees are on the agenda.

Meanwhile speaking at a news conference in Ankara on Sunday, Turkey’s Foreign Minister Mevlut Cavusoglu said his government did not want the technical talks to drag on.

Ankara would prefer if the technical groups wrapped up their discussions within the next couple of weeks “at the most,” he added.

Cavusoglu said the two sides in Cyprus exchanged maps in Geneva last week, but did not hold discussions on the issue. Both sides later informed the UN in writing that they do not accept the other’s map.

“Besides, [Turkish Cypriot leader Mustafa] Mr Akinci said that the proposal by the Greek Cypriot side was not a serious one, and he stressed that no Turkish Cypriot would accept that map,” Cavusoglu said, according to a translation of his remarks.

He went on to say that neither the Karpas peninsula, nor “other places” in northern Cyprus were negotiable, as far as being ceded to Greek Cypriot administration post-settlement.

Earlier, Cavusoglu had said Ankara is opposed to the idea of making the European Union a guarantor of reunification.

Hard Brexit fears hit pound ahead of May speech