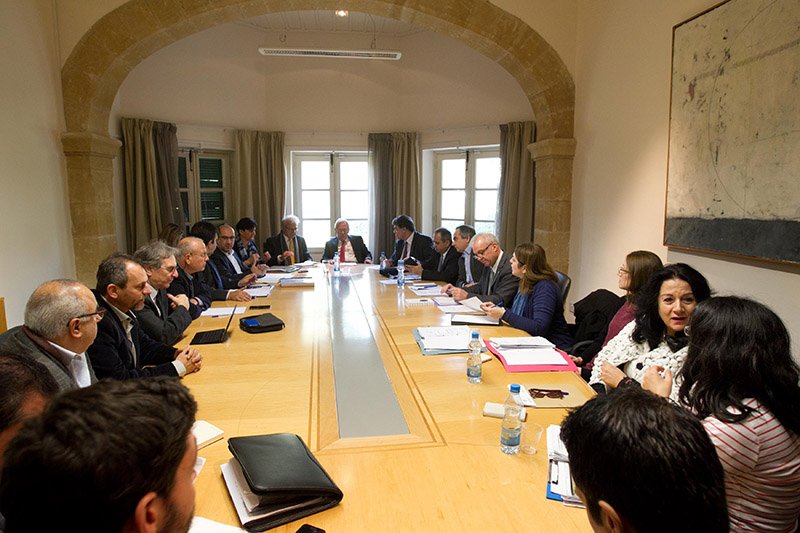 Legality will be restored in the Mackenzie Beach area without killing the goose that lays the golden eggs, Interior Minister Sokratis Hasikos said on Tuesday after a meeting with new Larnaca mayor Andreas Viras.

“As the interior ministry, we inaugurate today a round of meetings with all new mayors and municipal councils,” Hasikos said.

“With regard to the Larnaca municipality, the mayor has raised some issues of priority; one is the issue of Mackenzie Beach, in which we agree that legality must be restored without killing the goose that lays the golden eggs.”

The ministry “fully understands and wants to safeguard” Mackenzie Beach as a source of revenue for the municipality, Hasikos added, but, at the same time, legality will be restored, whether this relates to who owns establishments there, whether they are refugees or not, who they sub-lease them to, for how much, and what they pay as rent themselves.

“We will look at all this,” he said. “This anarchy cannot continue.”

A large part of the Mackenzie Beach area is made up of properties left behind by Turkish Cypriots who moved to the north following the 1974 Turkish invasion, which are held on their behalf by the Guardian of Turkish Cypriot Properties – the interior minister.

Until such time as their owners reclaim them, the Guardian leases them out for nominal rent, with many beneficiaries leasing the land on to others at much higher rates.

“There is also a town-planning issue there – this, too, will be resolved,” Hasikos added, referring to a case that came to light last May in which a businessman who runs a night-club in the area told police that he was given the green light to extend his establishment by the municipal secretary in exchange for €35,000.

Viras said the meeting was “very constructive”, and stressed the area’s economic importance to the city of Larnaca.

“The Mackenzie area is very important to the city financially, it attracts many visitors, and we would like to exchange views on how the ministry, as the Guardian of Turkish Cypriot properties, plans to proceed,” the mayor said.

“The issue is maintaining economic activity while restoring legality. We exchanged some views, and there are unanswered questions but we believe we will find solutions soon.”

Another key issue discussed was the ongoing relocation of the oil refineries from Larnaca’s beachfront.

“This effort has started and is proceeding,” Hasikos said.

“We need to facilitate the moving while not pushing deadlines back and taking any unjustified excuses from the companies.”

The issue of the refineries is also being looked at by the new municipal council, Viras said.

“There is no problem that cannot be solved, the point is ensuring that any timeframes are kept.”