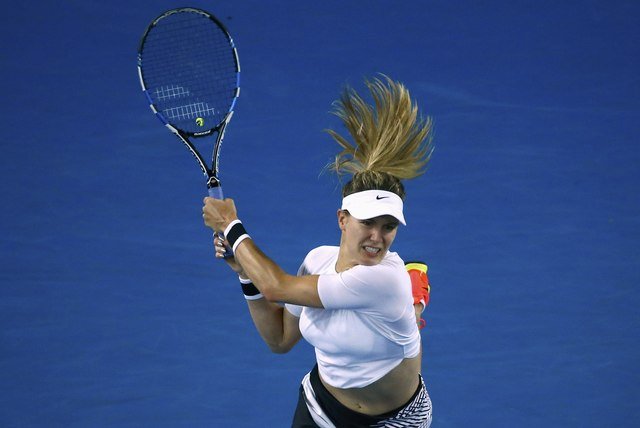 It was not always pretty, but Eugenie Bouchard took another step on the path she hopes will take her back to the top of the game with a 7-6(5) 6-2 victory over Peng Shuai to reach the third round of the Australian Open on Wednesday.

The Canadian crowd favourite had a minor wobble midway through the first set before securing a convincing victory over her Chinese opponent, clearing the way for a contest against Pauline Parmentier or Coco Vandeweghe.

“In the first set I was pretty nervous and I felt like my legs were wood. I wasn’t moving well, I was reaching for the ball,” the 22-year-old told reporters.

“But it happens to all players and at least I was able to win ugly in the first set and then raise my level in the second. The most important thing is to battle even when it’s not going great for you, and that’s what I did.”

Bouchard’s run to the Melbourne Park semi-finals as a teenager in 2014 laid the groundwork for season where she hit the heights of the world top five.

Although her telegenic looks have ensured her profile has rarely dipped since, her ranking has, and she arrived for her fourth Melbourne Park campaign as number 47 in the world.

That did nothing to dent her popularity on an almost full Hisense Arena on Wednesday, where she had the clear support of a majority of the crowd with regular cries of “Allez Bouchard” punctuating the afternoon air.

Reaching the third round this year is already an improvement on 2016, when she was dispatched in the second round by Agnieszka Radwanska.

That early exit in Melbourne was the start of a forgettable season which ended with Bouchard winning only one match following a first-round loss at the U.S. Open in August.

Bouchard, though, is no longer in the business of looking back.

“For me it’s just about right now and looking forward and trying to be a better player than I was at my best a couple of years ago.

“Because everyone improves every year. I don’t want to be like how I was in 2014 I need to be better than that. There’s no point in looking back, in trying to bring the past back, for me it’s only the future.”