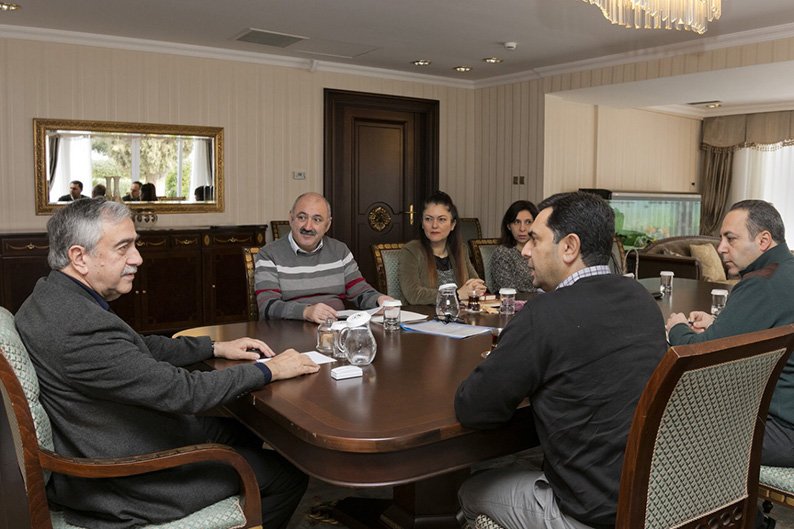 President Nicos Anastasiades and Turkish Cypriot leader Mustafa Akinci were briefed separately on Saturday by their chief negotiators on the results of the working group of technocrats on security and guarantees held earlier in the week in Switzerland.

Chief negotiator for the Greek Cypriot side, Andreas Mavroyiannis, briefed the president over the results of the working group.

According to media reports in the north, Akinci was also briefed by negotiator Ozdil Nami. The two leaders are to meet on Thursday where, according to Turkish Cypriot reports, they will discuss how to adapt the security and guarantee system for the present day.

Citing diplomatic sources, the Cyprus News Agency said that the matter is to be discussed at the next Conference on Cyprus held at political level.

Anastasiades said on Friday that following the working group, involved parties would prepare their proposals in line with the statement of the Conference on Cyprus.

The statement, he said, sets the framework within which any political decisions must be based. All options would be explored, he said, with the United Nations and the guarantor powers.

An international conference on Cyprus last week decided to set up a working group at technocratic level to accomplish a basis for negotiations before the politicians return to the scene.

The working group – which began on Wednesday and was completed a day later – was comprised of teams of experts from the Greek Cypriot and the Turkish Cypriot side, the three guarantor powers – Greece, UK and Turkey – and the EU.

According to the statement of the Conference on Cyprus, negotiations on outstanding issues in the other chapters will continue between the two sides in Cyprus, while the Conference will continue at political level immediately afterwards to review the outcome of the working group’s discussions. Government spokesman Nicos Christodoulides said on Friday that there is no timeframe for resuming the conference at the political level.

The two biggest political parties, Disy and Akel, reiterated on Saturday their support for Anastasiades in the negotiations.

Speaking at the conference of the party’s supreme council, Neophytou criticised the party leaders who had refused to sit at the same negotiation table with Turkey during the talks in Geneva “for the first time since 1963”. Some political leaders, he said, instead of supporting the reunification efforts have turned into “preachers of fear, cultivators of intolerance”.

Akel, whose central committee convened on Friday to assess the latest developments in the talks, announced that it backs the party’s leadership support for Anastasiades’ decisions that led to the conference on Cyprus. Although concerned that the agreement with Akinci on the Geneva talks had potential risks, the committee said it nevertheless “chose to act constructively and responsibly”.

It added that Akel would continue to support the efforts for a settlement and that it welcomed all bicommunal events in support of this goal.

Anastasiades: no dinner date with Tatar

Tatar says 2023 will be the year of Varosha