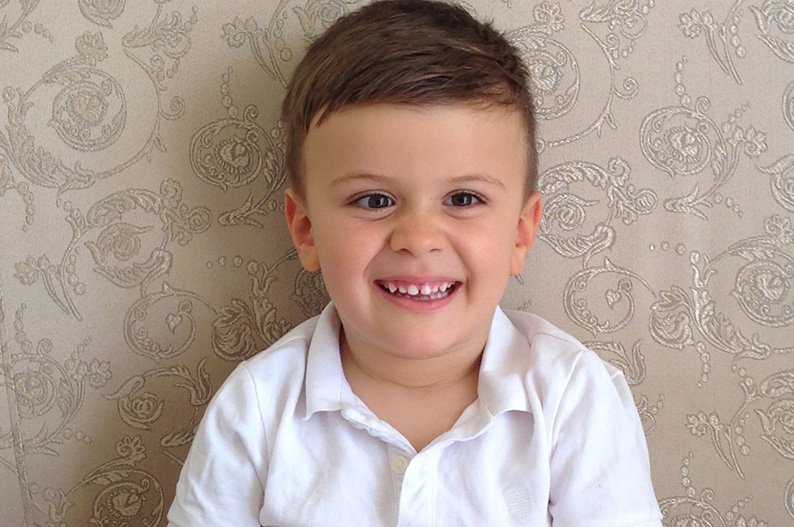 THE family of a blind five-year-old Paphos boy are hoping to raise funds to pay for the next round of ground-breaking treatment to help him see.

The treatment is scheduled to take place in Russia over a two-week period in June, under the guidance of renowned Russian professor, Ernst Muldashev.

Iordanis Demetrof (Dani) was born blind and has already had to undergo a number of risky and painful treatments abroad. His family now need to raise €4,000 as soon as possible to insure that the next planned treatment can go ahead.

Rafaela Dimitrova, Dani’s mother, said that just months after his birth he was diagnosed with severe optic disc hypoplasia by a specialist at Great Ormond Street Hospital in London.

She said that he has already received treatment in Thailand in 2013 and 2014 which involved stem cells, injections, physical rehabilitation, aquatic exercise, an occupational therapy programme, acupuncture and hyperbaric oxygen therapy.

So far, his treatment has been a success, she said.

“Before the treatment Dani was not able to speak or walk and was 100 per cent blind. Now he already speaks two languages and walks without any problems. He reacts on light and can realise the difference between day and night.”

Several months ago Dani’s family met a child with similar problems. This youngster had visited a Russian clinic for treatment for the last six years, and continues to do so, with encouraging results, said Dimitrova.

They sent Dani’s documents to the Russian clinic which advised surgical treatment with a biomaterial called Alloplant, which, when inserted into a body, stimulates the regeneration of the recipient tissues.

According to Muldashev, the inventor of Alloplant, 83 types of Alloplant are produced at the centre and that different types stimulate the growth of blood vessels, lymphatic vessels, bone, sclera of the eye and transparent cornea.

“Using Alloplant technology it is now possible to treat a number of diseases which were previously thought to be incurable such as: retinitis pigmentosa, diabetic retinopathy, age-related maculodegeneration, optic nerve atrophy, glaucoma, progressive myopia, retinopathy of prematurity and many others,” Muldashev says on the clinic’s website,

Dimitrova said that this treatment can help when the standard medicine cannot.

“This treatment is experimental and the doctors can’t predict what exactly will be the result because with every patient it is different, but we are very hopeful,” she said.

The family and supporters have raised thousands for Dani’s treatment in the past. His first treatment in Thailand cost €28,000, and a shortfall of €5,000 for the second trip was donated by Russian entrepreneur Andrey Dashin, founder of a Forex company and the Andrey and Julia Dashin Foundation which supports charitable causes.

Close family friend Nadia Frangeskou has also helped to raise awareness of Dani’s plight. She said that Dani’s improvements over the years have been significant.

“Dani is a lovely and happy little boy and now goes to kindergarten. There he has a lot of friends who love him and help him. He really likes music and playing the piano and guitar, he also likes swimming,” said Frangeskou.