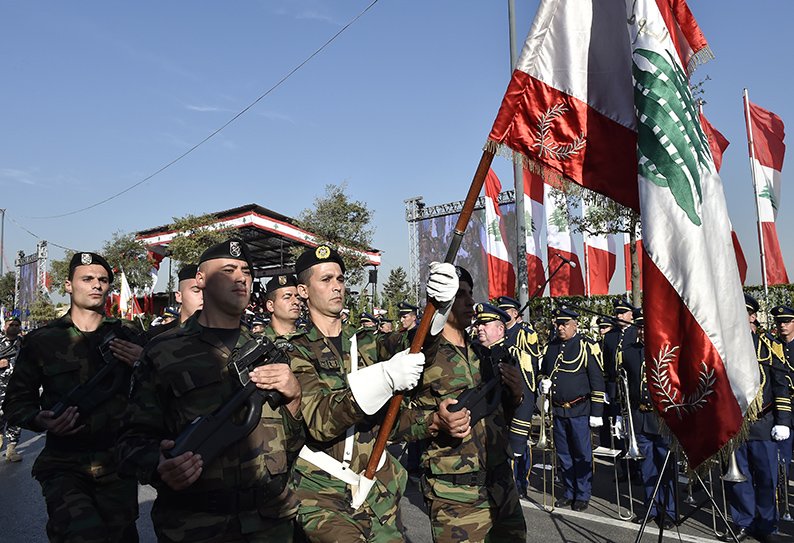 A number of international precedents could inform the current peace talks in Cyprus with regards to the discussions on security and guarantees. Although much has been said recently in the talks about the outdated and inadequate nature of the 1960 security guarantees, very few comparative examples have been suggested as to what could come next.

I discuss few indicative cases below:

The Kosovo Precedent: How would a powerful UN resolution look like? A reasonable compromise might include a UN peacekeeping force with a new mandate under the framework of Chapter VII of the UN charter aiming to support the implementation of the agreement on power-sharing, the withdrawal of foreign troops and the transfer of territories across the two constituent states. A key weakness in operating under UN auspices is the threat of veto by one of the permanent members of the UN Security Council. Yet a Kosovo-style arrangement could potentially overcome this difficulty. Given the new window of possible improvement in the US-Russian relations, it could be feasible for a United Nations peacekeeping force to be made independent from renewal vetoes within the Security Council. In other words, instead of renewing its current mandate every six months, the UN mission in Cyprus could only end if all permanent members agree to do so. As no country will have the right to veto its operations, the UN will be able to support the transition period more effectively and independently from potential rivalries at the Security Council. A future UN mission could also involve EU countries as well as peacekeepers and observers from Russia and developing countries (a growing trend internationally taking costs into consideration).

The Lebanese Army example: Domestic Remedies? Described as ‘national institution in a divided society’, the Lebanese Army could inspire a future security framework in Cyprus that could involve a federal peace enforcement mechanism monitored and assisted by the United Nations. These local Cypriot security forces will establish a balance of power within the island through sharing personnel, resources and training to help with the emerging challenges of implementing the settlement. The Lebanese (as well as Kosovo examples) suggest ways through which local and international institutions could cooperate to produce security during transition periods despite arguably more difficult conditions compared to the ones facing a future reunited Cyprus.

International judicial mechanisms: the case of South Tyrol. Cyprus has a developed judicial and legal culture which opens the possibility of a compromise involving a set of new justice mechanisms. South Tyrol offers interesting parallels. In the case of mediating peace in this border region, Austria and Italy have agreed that disagreements will be mediated by the International Court of Justice (ICJ) if one of the sides decides to do so. In the case of a Cyprus settlement this arrangement will involve a built-in regional legal intervention mechanism to replace/re-interpret the 1960 unilateral rights of intervention. Turkey or the Turkish Cypriot constituent state as well as Greece or the Greek Cypriot constituent state might employ this mechanism unilaterally.

At the local level, additional mechanisms might involve a stricter legislation on hate crimes and stronger enforcement. Admittedly, chronic failures in implementing hate crimes laws would require new actions to be taken in order make a convincing and credible commitment that federal Cyprus will be in a position to secure its citizens through its own policing and legal mechanisms. For instance, to address current problems there could be a UN-monitored appeals’ system which will also involve dedicated international experts.

The East-West dimensions of the Belfast/Good Friday Agreement. Another additional compromise to increase security might involve an institutionalised Greek-Turkish cooperative framework inspired by the East-West dimensions of the Belfast/Good Friday agreement. Drawing from the British-Irish Council, this might involve the creation of a permanent secretariat, bi-annual meetings of all heads of governments and constituent states, and frequent consultations among ministers and parliamentary committees. It could also include the participation of businesses, trade unions and the voluntary sector. This arrangement will deliver an institutionalised network of cooperation to maintain fast-track communication and positive relations between Greece, Turkey and a reunited Cyprus. Furthermore, Northern Ireland’s ‘principle of consent’ could be adapted to the needs of Cyprus for instance by making the continuation/evolution of any transitional mechanisms subject to the will of both sides either with double majorities in the senate or through referendums. Such an arrangement will encourage all sides including the external powers to act more responsibly to avoid any negative vote against their positions or interests.

The Camp David Accords: As in Camp David, a peace settlement on security might involve increased military aid. Specifically, it could support the weaker sides; domestically, the Turkish Cypriots after the withdrawal of the Turkish troops and regionally, Greece following the negative impact of the financial crisis on the country’s defences. On the one hand, for the Turkish Cypriots this arrangement will help balance the security gap with the Greek Cypriots while strengthening overall federal policing and security capabilities. On the other, Greece will be able to close the widening gap with Turkey until the country recovers from its financial turmoil. The Camp David Accords by Egyptians and Israelis also included arrangements on demilitarisation (setting certain limits to what security forces could employed where) that can be relevant for the discussion of territorial readjustments. In our case, even more ambitious but extremely important is the settlement of the Aegean issues, an arrangement that will bring increased cooperation and peace in the broader region. Delimiting the EEZs of Cyprus, Turkey and Greece will also increase the attractiveness of the Eastern Mediterranean to investors particularly in the energy sector.

These indicative list of examples demonstrates the potential but also the challenges in debating security arrangements for Cyprus. For many of these important precedents aid and international support was plentiful while in Northern Ireland a prior British commitment that the country has no ‘selfish strategic or economic interest’ paved the way for peace. Would Cypriots be let to make their decisions by third countries particularly Turkey? Would governments around the world see an opportunity in Cyprus to invest personnel and resources in a new era of conflict transformation? And finally would Cypriots themselves make a credible commitment to each other to support and implement a forthcoming agreement?

Neophytos Loizides is Professor of International Conflict Analysis at the University of Kent and author of Designing Peace: Cyprus and Institutional Innovations in Divided Societies.

Trump-eting change in the Middle East