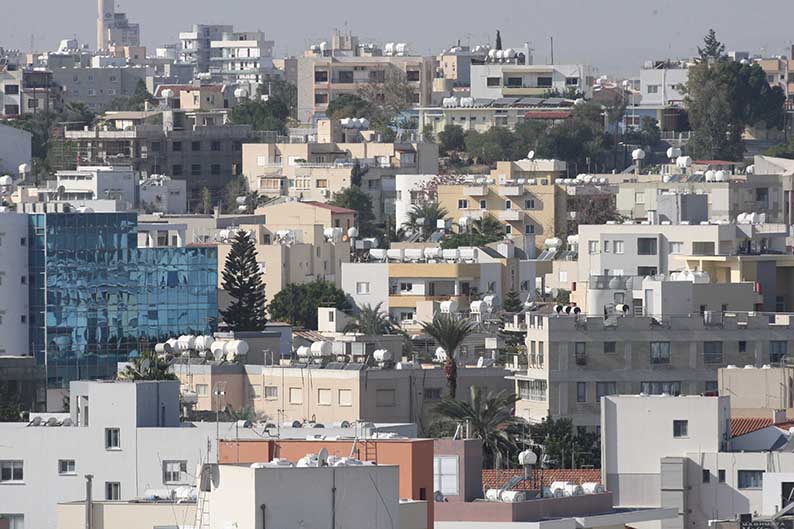 The suicide earlier this month of Philip Davies, one of the many Britons who found themselves in a mess they never signed up for when they agreed to buy a home in Cyprus, appears to have drawn a line in the sand, with those affected banding together to seek justice in numbers.

Davies and his wife had bought a villa in Cyprus from developer Alpha Panareti via a loan in Swiss francs from Alpha Bank. To this day, no title deed has been issued for the property they bought, while the bank is demanding repayment of almost £700,000, against a loan originally for £275,000.

According to Cyprus Property Victims Committee, a support group set up to fight for the rights of British property owners in Cyprus, Davies took his own life “only hours after receiving notification that Alpha Bank had reopened legal proceedings in Cyprus” over the loan.

Swiss franc loans, title deeds and Cypriot developers, each an individual complex saga involving professional shortcomings and quite possibly fraudulent action, have merged into a triple-nightmare cocktail for several aspiring investors that were talked into buying property in Cyprus during the boom years of the early and mid-2000s.

In September 2014, the commerce ministry’s Competition and Consumer Protection Service (CCPS) deemed the terms of a contract signed between Alpha Panareti and a Scotswoman for the sale of a one-bedroom flat “abusive”, and the service’s director advised the complainant to file court proceedings against the developers.

A year later, the CCPS slapped a €250,000 administrative fine on Alpha Bank for its business practices with regard to mortgage contracts, specifically foreign-currency loans, which include those in Swiss francs. Reportedly, some 11,000 people were talked into buying them, only to find out later that fluctuations in the currency’s exchange-rate against the euro meant huge increases in their monthly repayments.

And earlier this month, Australian financial advisor Sascha Morris was jailed for eight and a half years by a Leeds court for talking many unsuspecting Brits into borrowing heavily to invest in properties in Cyprus, luring them with promises of impossible – but “guaranteed” – returns. The court found that her victims lost more than £5 million in total.

But how did this mess come to be?

“Most people were offered a deal – a reservation, so to speak, for a villa then under construction – on a low-rate, fixed rate mortgage, with guarantees over its renting out supposedly by high-street travel agents,” said Mike Went of the newly founded Alpha Panareti Victims Group.

“But then the bank changed the terms we had agreed to. We didn’t get a copy of the loan agreement, which a solicitor in Cyprus signed on our behalf. All we signed was a power of attorney, on the understanding that he would notify us of any changes to the terms of the deal we made. He didn’t.”

“These are all post-hoc claims to get out of loan repayment,” he said.

“I never negotiated loan agreements on anyone’s behalf. These were agreed directly between the bank and the buyers – or their financial advisors.”

And what about Alpha Bank?

“If we have something to say on such matters, we will issue a press release,” a spokeswoman said.

For the most part, the properties in question remain in limbo – they are technically owned by the buyers, but there are no title deeds, and the land on which they are built was heavily mortgaged by the developer. And the owners don’t actually want them anymore, anyway.

Recently, some of the UK-based trapped owners visited their properties to see what state they are in, and to check whether maybe they could consider cutting their losses by finding a buyer that might be interested.

According to Went, they found the locks had been changed and the villas were being rented out, presumably by either the developer or the bank.

According to George Kounis, a UK-based business and tax expert consulting the victims, cases belong in one of two broad categories – their property is either unfinished because the bank has cut off funding to the developer, or the property is finished but is nothing like what was promised. In both cases, the bank and the developer are suing buyers over non-payment.

“A lot of the victims have sued in the UK,” Kounis said.

“The defendants are claiming Cypriot jurisdiction applies, but we’ve won the first case in the UK, and now they have appealed.”

Amid all the denials and accusatory fingers, those involved see no fast or easy way out. Davies’ widow lays the blame for her husband’s death “squarely with the developer and the bank”, and most others have a hard time dealing with the tangle they find themselves in. Went said he has been on anti-depressants for two years.

“Recently, a growing group of victims, of which Mr Davies was a part, formed their own Client Committee to control the conduct and funding of their legal cases and ensure that no victim of Cyprus property misselling feels trapped and alone under similar circumstances,” the Cyprus Property Victims Committee said in a statement.

“Tragically, this appears to have come too late to give a ray of hope to Mr Davies.”

Our View: Absurdity of consulting children on education policy

1-2-3 glory for Peugeot on Dakar Rally