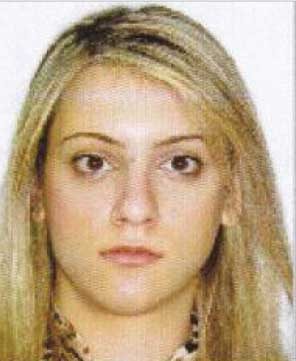 A 29-year-old woman who had been on the top of the island’s most wanted list for years, pleaded not guilty on Tuesday to two charges relating to the road death of a 17-year-old boy in Limassol in 2007.

The case was scheduled for February 8. Herodotou will remain in custody until then.

Herodotou’s defence had objected to her remaining in custody, arguing she was not a flight risk. Her lawyer claimed his client had not been hiding, nor did she know that she was wanted by the authorities.

He claimed that psychological problems caused by the incident led her to Greece where she continued her studies “a free citizen.”

The defendant left the island legally, her defence said.

To back their arguments, the defence submitted a number of documents, including a tax record, social security number, the university diploma she received in 2011, as well as a thank you letter from the Nea Ionia Bishopric for her work as a teacher at a Sunday school.

In 2014, the court heard, Herodotou had been hospitalised with psychological problems.

The prosecutor argued that the family knew about the arrest warrant and their appearance before court was not by choice. He said the defendant was a flight risk because her bonds with Cyprus had weakened after living in Greece for the past several years.

Relatives of the victim were present at the hearing, held amid strict security. Only a certain number of people were allowed in the courtroom, after they were frisked by police officers.

Herodotou had been wanted by police since 2011 over the hit-and-run that happened in December 2007.

She was apparently living in Greece with her parents since.

Her parents face charges including fabrication of evidence, forgery, perjury, and bribery. They also denied the charges during the hearing held in the Nicosia district court.

The prosecution requested their detention pending trial, while the family lawyer objected, pointing out that there was no risk of them absconding.

The court ordered their detention until Wednesday afternoon when it would announce its decision.

Herodotou had been acquitted in the first trial in 2009, but state prosecutors preparing for an appeal discovered that evidence submitted in her trial had been forged and tampered with, and at least one defence witness had perjured himself.

During the trial, an eyewitness testified that Herodotou had caused the crash by running a red light, and then fled the scene.

The eyewitness reported chasing after her into a dead-end road, at which point Herodotou asked her to lie to police that the light had been green when she crossed the intersection.

But these claims were countered by contradictory witness testimony and evidence, the validity of much of which was later challenged.

Once a retrial was ordered by the Supreme Court in 2011, police probes into allegedly falsified evidence submitted in court led to the arrests of the 34-year-old state prosecutor who tried the case and two lawyers who had defended Herodotou. The prosecutor later resigned.

False evidence included witness testimony contradicting the timeline reported by the eyewitness who had chased Herodotou after the accident, which was challenged after prosecutors discovered that the time stamps on the electronic attendance register at the eyewitness’ place of work had been tampered with.

Lastly, the police report prepared by one of the investigators also appeared to have been forged.

Suspicion immediately fell on Herodotou’s parents, who appeared to have been implicated in orchestrating the forgeries by those questioned over the discrepancies, but, like their daughter, they too had vanished.

Cyprus signs MoU with EBRD to host AGM in May