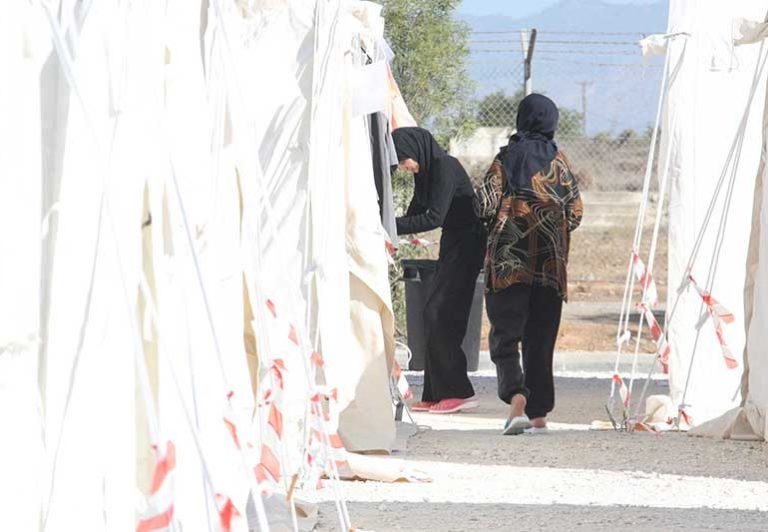 A Syrian man was on Tuesday found guilty by Famagusta court of offences relating to the smuggling of people into the country, after being caught off  Cape Greco in 2015.

Abdul Sattar Mohammed, 35, was found guilty of charges concerning aiding the illegal entry of third country nationals into the republic, aiding their transit, smuggling migrants and transportation by waterway in an unsafe or overloaded vessel, committed from an unknown date and up to November 3, 2015 in Famagusta district.

The decision of the court also stated the accused’s testimony was rejected “without any reservation and in the strongest possible way,” as he was constantly trying to “conceal the facts of the case, telling falsehoods.” It described it as a “clumsy concoction to justify the unjustifiable.”

The court said the essential and important element was the declared intention of the accused to bring the boat full of migrants into the territorial waters of the island. This he did, informing the passengers that it would be directed to Cyprus as he knew someone who lived there who he would call to send for help, which he did.

In its decision, the court described the accused’s act to traffic smuggled people “unlawful”, adding that he received payment, gaining economic benefit from the passengers of the vessel, which was a very small, recreational fibreglass boat, 5 to 6 meters in length, without a cabin or cargo hold that was piloted by two other co-accused acting on his orders.

The court said he told the passengers in the overcrowded vessel, who were using buckets to expel water taken in from the rough seas, to tell the police if they were caught that the boat’s operators had abandoned ship.

Mitigation and sentencing for all three of the boat’s operators was set for February 1. The two others involved, Maher Ali Bayram, 30, and Naser Kazem Ismail, 48, pleaded guilty on November 3 last year to the charges of aiding the illegal entry of third country nationals and transportation by waterway in an unsafe or overloaded vessel.

A total of 26 migrants, 15 Syrians, eight Lebanese and the three operators departed from Lebanon on October 30, 2015, originally bound for Greece. The boat had engine problems which were patched up in Latakia before the boat carried on.

When the boat was off Cyprus, the engine failed once again, leading to one of the occupants phoning a friend in Larnaca and warning him that they were in danger of drowning. The young man immediately alerted the rescue coordination centre, reporting the incident.

The centre was informed by the Lebanese authorities that a boat had illegally set sail from a port of the country and a search and rescue operation was launched amid strong winds and heavy seas.

Survivors told the police that the adults had paid traffickers some 2,000 US dollars each for the journey to Greece, while the children were charged 1,000 dollars.