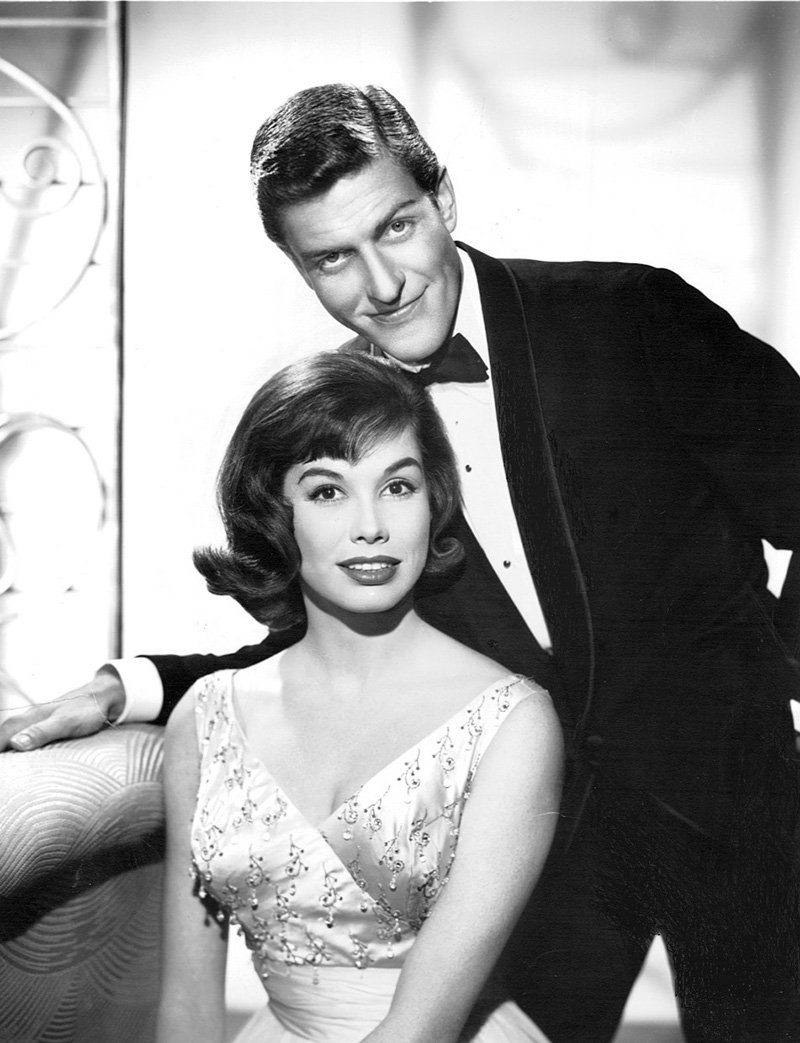 Dick Van Dyke has paid a tribute to his on-screen wife on the The Dick Van Dyke Show, Mary Tyler Moore, who passed away on Wednesday

The late actress – who died aged 80 on Wednesday (25.01.17) got her big break as the actor’s wife on ‘The Dick Van Dyke Show’ in 1961 and he has remembered her as “the best” and praised her exceptional comedic talent.

He told The Hollywood Reporter: “I got to be on hand and watch her grow into the talent she became. She was just the best.

“I don’t know what made her comic timing so great. On ‘Dick Van Dyke’, we had Morey Amsterdam and Rose Marie, both of whom were old hams and had razor-sharp timing, and mine wasn’t bad either.

“But Mary just picked it up so fast. She had us all laughing after a couple of episodes.

“She just grabbed onto the character and literally turned us into an improv group, it was so well-oiled. That show was the best five years of my life.”

The 91-year-old star also praised the “masterful comedy” of Mary’s own self-titled show and moving reflected on how her ill health meant they couldn’t socialise together much in recent years.

He concluded: “In 2012, I got to present her with her SAG Life Achievement award.

“She had moved to upstate New York and was already beginning to succumb to the diabetes, so outside of talking to her and her husband Robert, I didn’t see her unless it was an occasion like the SAG Awards.

“That night, she had trouble seeing, so they had to bring her onstage in the dark.

“For me, it was a payoff moment. A culmination. Outside of her family, I don’t think there was anyone more proud of her than I was. Just to watch her grow was such a thrill for me. She left an imprint on television comedy.”

A host of other stars have also paid tribute to Mary, who passed away from cardiopulmonary arrest after a week on a ventilator.

Michael Keaton, 65, remembered the “incredibly funny and completely generous” friend he worked with on ‘Mary’ and ‘The Mary Tyler Moore Hour’ in the late 1970s.

He told People in a statement: “Mary Tyler Moore could light up a room! She is an icon and a friend.

“She was my cast mate and my boss. She was incredibly funny and completely generous.

“As an actor and comedian, she allowed me and everyone to perform. Letting us just do our thing without any competitiveness.

“She was not only a pioneer in TV, comedy and business but she was a role model for women in general. She built an empire with MTM Enterprises and she paved the way for our new talents like Amy, Tina and others. She is truly going to be missed.”

And Oprah Winfrey reflected on meeting her idol as she shared an old photo of herself and Mary.

She wrote on Twitter: “Even now looking at this picture I want to cry.

“I still can’t believe Mary Tyler Moore touched my face. Will love her 4 ever.”

She also posted a separate message on Instagram which read: “Dear Mary, You already know how you majorly influenced my life and career.

“I respected and admired your business acumen, your passion and compassion for all life, and most importantly, the values espoused through your storytelling.

“Thank you for being a Light that shined so brightly, it let me see myself in you.”

Jimmy Fallon took a moment on his ‘Tonight Show’ to hail the television “pioneer” who felt like a part of his family growing up.

“Sidenote: my high school yearbook quote was ‘A little song, a little dance, a little seltzer down your pants’. One of the funniest moments on television.