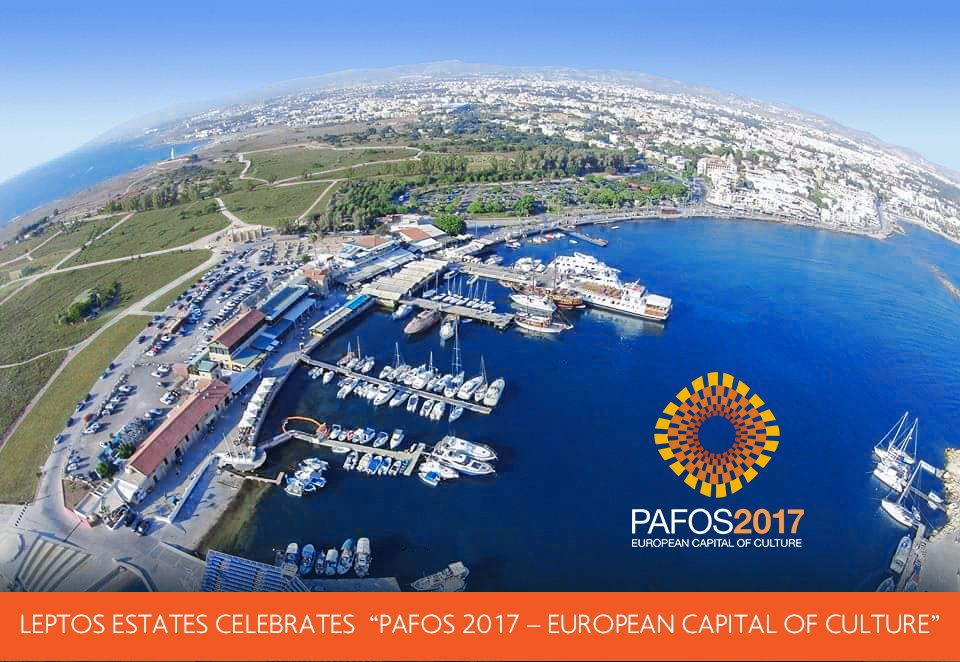 Leptos Estates the Leading Property Developers in Cyprus and Greece and all Leptos Group personnel hope that the year of 2017 will be for Pafos, as the European Capital of Culture , a landmark in the history of the city and the region.

Celebrations commencing with the Opening Ceremony on the 28th of January and subsequent events continuing throughout 2017 will mark the starting point of a course that will lead Pafos into the future.

“Pafos 2017” will celebrate for 365 days and organize 300 cultural events and projects in numerous places and spaces throughout Pafos, mostly with free entrance.  The events will cover a wide spectrum of art, music and performances from Cyprus and abroad including exhibitions and public art installations, musical and theatrical performances, street shows, gastronomy symposiums and historical conferences where the city and its citizens, volunteers and visitors will participate in the celebrations.

The Pafos 2017 artistic programme will be implemented through three main thematic categories:  Myth & Religion, World Travelers and Stages of the Future.  Through these central themes the objective will be to create an authentic trip through time and place, as well as an innovative composition of a creative journey from the past, to the present and the future by means of fine art, visual performances, music, dance, literature and theatre, environmental projects and culinary arts.

A number of Pafos 2017 official projects are destined to become legacy programmes, remaining as part of the cultural scene of Pafos after the European Capital of Culture year.

All the thematic lines of the European Capital of Culture Pafos 2017 programme, are under the motto “Linking Continents – Bridging Cultures.”

Kickbacks at Nicosia sewerage board