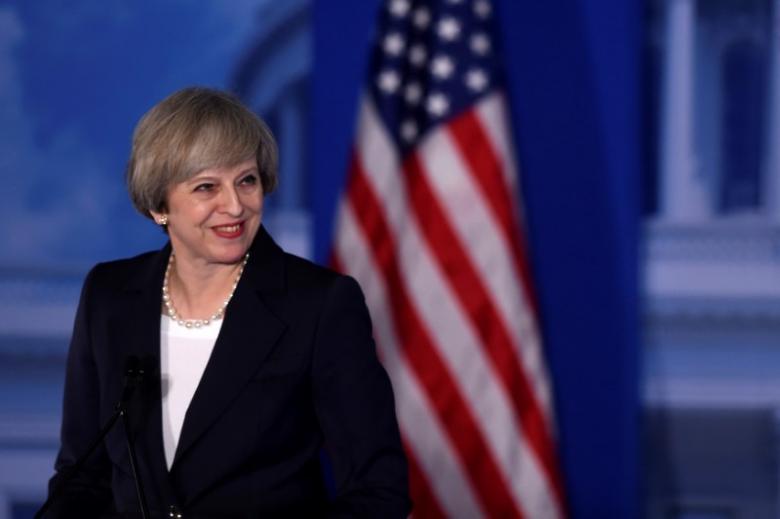 Britain's Prime Minister Theresa May speaks during the 2017 "Congress of Tomorrow" Joint Republican Issues Conference in Philadelphia, Pennsylvania, US, January 26, 2017

US President Donald Trump and British Prime Minister Theresa May, who share an unusual bond as the products of anti-establishment uprisings, will sit down on Friday for what could be a difficult search for unity on NATO, Russia and trade.

The meeting will mark Trump’s first with a foreign leader since taking power a week ago, and it could go a long way toward determining how crucial Trump considers the traditional “special relationship” between the two countries.

Trump rode an anti-Washington wave to win on November 8, and May gained power in July after the “Brexit” vote that has put her country on a path to separate from the European Union. The meeting will conclude with a joint White House news conference.

Trump has declared NATO obsolete and expressed a desire for warmer ties with Russia. Mayconsiders the trans-Atlantic alliance crucial and is skeptical of Russian President Vladimir Putin.

They both want to begin work on a bilateral trade agreement, which for May would provide proof of stability amid the Brexit breakup and for Trump would support his belief that he can negotiate one-on-one trade pacts.

“They both need this to be a success,” said Heather Conley, a European expert at the Center for Strategic and International Studies think tank.

Trump, she said, “needs to demonstrate that he has a command of issues” while May “needs to hear strong messages of support for her vision of a Britain that works for everyone, a global Britain.”

May, in a speech to Republican lawmakers gathered in Philadelphia on Thursday, suggested she saw the need for some reforms in NATO and for more countries to pay more to the alliance to help fund it, which has been Trump’s main complaint about NATO.

“America’s leadership role in NATO – supported by Britain – must be the central element around which the alliance is built,” May said.

But she said that EU nations “must step up” to ensure NATO remains the cornerstone of the West’s defense.

Trump and May also seem somewhat at odds over how to deal with Russia. In her speech,May said Western leaders should “engage but beware” of Putin and should not accept Putin’s claim that Eastern Europe is now in his sphere of influence.

Trump, on the other hand, wants a strong US relationship with Russia to fight Islamic State militants.

“I don’t know Putin, but if we can get along with Russia, that’s a great thing,” Trump told Fox News’ Sean Hannity” on Thursday. “It’s good for Russia, it’s good for us.”

Judy Garland’s remains are being moved to Los Angeles

Pafos2017 counts down to opening festivities