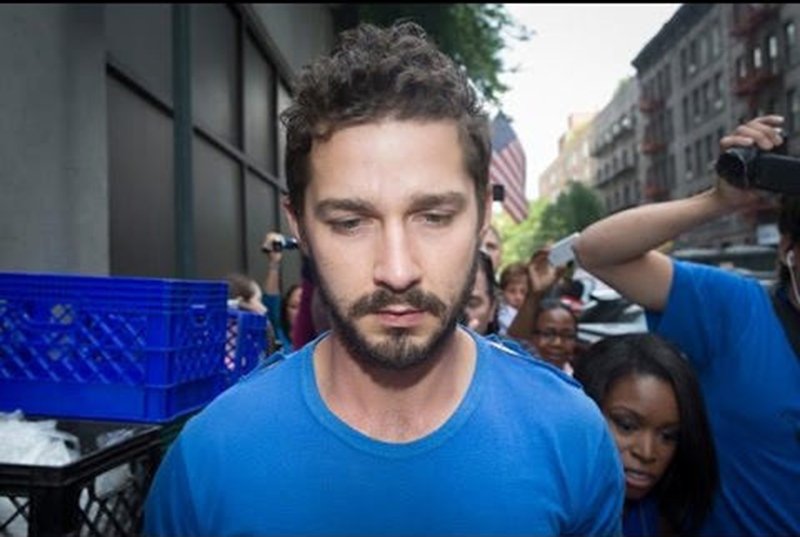 Shia LaBeouf was charged with misdemanour assault and harassment after being arrested on Wednesday (25.01.17) evening

The ‘Nymphomaniac’ actor was taken into custody by police following an alleged scuffle with a man at his ‘He Will Not Divide Us’ livestream anti-Donald Trump protest – which has been ongoing since the Republican took office last week – in New York but was released from custody on Thursday (26.01.17) morning.

As he left the building, Shia waved to supporters and said: “We will not be divided!”

Police claim the ‘American Honey’ star ripped the scarf off a 25-year-old man who interfered with the ongoing demonstration at the Museum of Moving Image, scratched his face and pushed him to the ground.

Shia must appear in court over the alleged incident on April 7.

The ‘Transformers’ actor returned to the protest numerous times on Thursday and was greeted by cheers from fellow demonstrators.

Representatives for the museum insist they are not put off by the rows with protesters but told TMZ they consider the site more of an art exhibition and expect people who show up to “act with common decency and respect”.

They will continue to monitor what goes on during the live stream.

The ‘He Will Not Divide Us’ art installation was created by Shia along with artists Nastja Säde Rönkkö and Luke Turner and the museum intend to run the live stream throughout President Trump’s time in office.

The ‘Ray Donovan’ star has been a vocal supporter of the controversial new president and singled out the ‘Fury’ star and singer Miley Cyrus – who attended the Women’s March in Los Angeles over the weekend – for not setting a good example.

He said: “When you see the young people like Shia LaBeouf and Miley Cyrus, they have a lot of followers, young people are looking at them and what are they teaching?

“They’re teaching treason, they’re teaching going up against the government, not accepting the will of the people on this Presidency and it’s a very sad day when I see this.