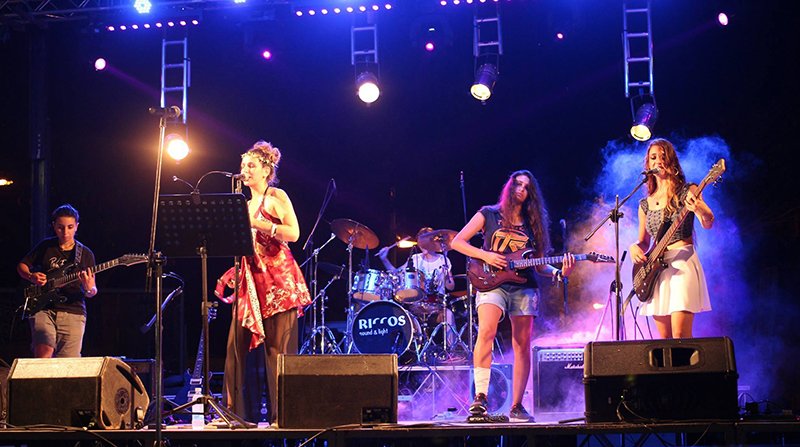 After the success of the first Come Together concert in Nicosia last January, the event will be repeated once again to support Syrian refugees on the island with a second concert event next Saturday at Red Music Stage in Nicosia.

The fundraising event features established local artists of hip-soul, rock, funk and blues. Apart from the bands Triplejam, Scarlett Echoes and Trio Frission, DJ Claudio – who is based in Nicosia and Limassol – will also be there on the night to share some great music.

Triplejam is a blues band from Nicosia, made-up of Johnny Avraamides on vocals and guitar, Stelios Frangos on lead guitar, Fidias Ferekides on drums, and Marinos Koumides on bass guitar. Koumides is the band’s starting point as he is the one who began this musical project all about rhythm n’ blues.

The all-girl band Scarlett Echoes, also from Nicosia, will share the stage with the other all-boy bands during the event. The band, that also dives into funk and electrified blues, is made-up of six young girls who just love to jam together. The six girls in question are Marianna Kofterou on lead vocals, Nikoletta Louca and Elena Erotokritou on guitars, Milto Constantinou on keys and backing vocals, Eliana Pavlou on bass and backing vocals and Stella Kouloukousa on the drum kit.

Although they do perform covers, they also play their own material. So watch out for this fresh, new sound.

While Triplejam and Scarlett Echoes will provide the rock element for the eventing, Trio Frisson will be all about the hip and soul side of things. The three-member band from Limassol, who are made up of Jamie Paul on vocals and keys, Byron Athinodorou on bass and vocals and Alexander Papadopoulos on drums, are ready to present their unique sounds to the Nicosia crowd.

Defined as Hip-Soul (a blend of elements taken from soul, rnb and groove, fused with the band’s range of influences from reggae to jazz and hiphop), the band has made a real name for itself with their mixing.

Their debut album Great Escape was released in December 2013 and features 11 original tracks. The album was enhanced with the help of several guest musicians, who made some of the tracks sound even sweeter with tunes from the trumpet, violin and guitar.

The trio perform regularly across the island at music festivals and venues. Their latest performance in a festival was at the third Jazz and World Music Festival at Rialto theatre in Limassol. You may have also caught them on TV or on the radio.

The event marks the first time that the artists will be performing together, uniting their voices with millions of others across the globe who are aiming for peace and sharing the message of solidarity with the innocent victims of war.

Doors open at 9.30pm and the entrance fee is €8. Eighty per cent of the amount collected will be donated to the non-profit organisation Future Worlds Centre to cover the expense of essentials for refugees living in Cyprus.

The event is co-organised by the Fibonacci Events, Trio Frisson and the Humanitarian Affairs Unit of Future Worlds Center, implementing project partner of UNHCR.

The right of lifetime enjoyment of a property