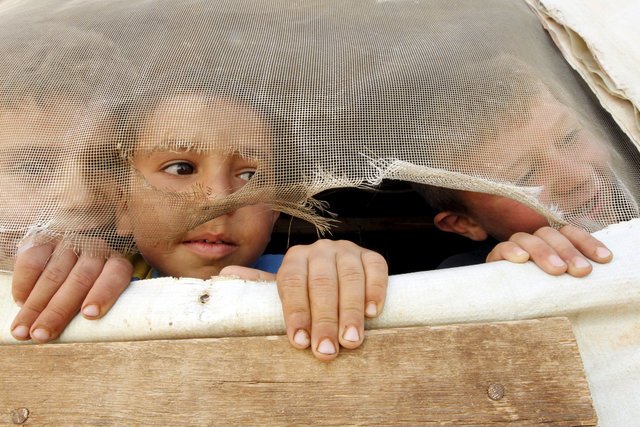 The order implemented a blanket ban of all Syrian refugees

Here is what Trump’s order on “extreme vetting” – denounced by civil rights groups as discriminatory – includes.

TEMPORARY SUSPENSION OF VISAS FOR CERTAIN COUNTRIES
The order bars the entry of foreign nationals from certain countries for 90 days. While no countries are specifically named in the order, it refers to a statute that would apply to seven Muslim-majority nations: Syria, Iran, Sudan, Libya, Somalia, Yemen and Iran. There is an exception for certain types of visas, including for diplomats and the United Nations.

The temporary halt is aimed at giving the Department of Homeland Security, the State Department and the Director of National Intelligence time to determine what information is needed from each country to ensure that visas are not issued to individuals posing a national security threat.

CHANGES TO SCREENING FOR IMMIGRATION PROGRAMS
The order calls for a review to create a single process for screening people entering the country, which could include holding more in-person interviews, searches of an expanded database of identity documents or longer application forms.

Under the current system, some visa applications require interviews but others do not. The government already has extensive databases but some believe they need to be expanded.

The order suspends the Visa Interview Waiver Program, which allows consular officers to exempt some applicants from face-to-face interviews if they are seeking to renew their temporary visas within a year of expiration.

Immigration attorneys say the changes will make even routine applications much more complicated and time consuming and could mean that more people will need assistance to get through the visa process. In an attempt to ensure wait times for interviews are “not unduly affected,” the order calls for the hiring of more consular fellows to work in U.S. embassies abroad.

RESTRICTING REFUGEES
The order calls for the temporary halt of all refugee admissions for four months so the government can study the process and determine if additional checks are necessary, although there will be case-by-case exceptions.

The order also implemented a blanket ban of all Syrian refugees until “sufficient changes” have been made to the refugee program, without giving more details.

After the suspension is lifted, the government will give priority to applicants that are suffering religious-based prosecution, but only if they are minorities in their country.

Trump said in a television interview that the move would protect Christians. It could also protect ethnic minorities like the Yazidis in the Middle East. This could potentially open the door to legal challenges claiming religious discrimination, some legal experts say.

In a nod to certain states and cities that have objected to refugee resettlement, the order also seeks to give state and local jurisdictions a role in deciding whether or not to allow people to live there.

Some experts have said that for the system to work properly, it would need to cover all land, air, and sea ports of entry, which is a major undertaking. According to a 2014 report from the Bipartisan Policy Center the system would be expensive to implement and would “offer mixed value for enforcement objectives.”