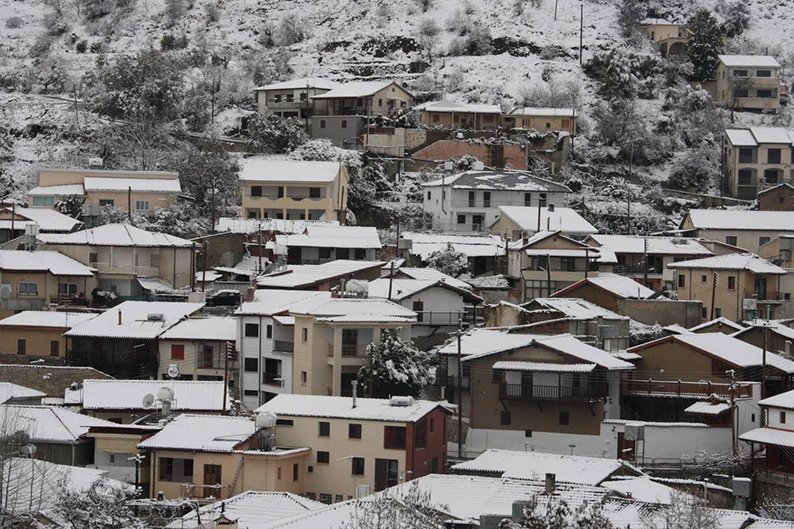 Police announced Saturday, that due to dense snowfall all three roads leading to Troodos, from Platres, Karvounas and Prodromos are closed to all vehicles without exception.

The following roads are open only to four-wheel-drive vehicles and those equipped with snow chains:

The main road from Evrichou – Kakopetria

Police say that as the weather conditions present continuous changes, the situation on the road network is configured accordingly.

Drivers are advised to be particularly careful in their movements, to drive at low speeds, and maintain safe distance from the vehicle ahead.

On Saturday, temperatures are expected to be 9C inland, 10 in coastal areas, and -3 on the mountains, which will also see frost.

The temperature is expected to rise by four, five degrees on Sunday, but it will still two or three degrees below the norm.

Temperatures on Friday evening reached -6C in Prodromos, Cyprus’ highest village, and zero inland, 8C below the normal for the season.

Snow fell in lower areas, reaching Ergates, Pera Orinis, and Malounta. It also covered the Pentadaktylos range in the north of the island.

A dinner in the dark