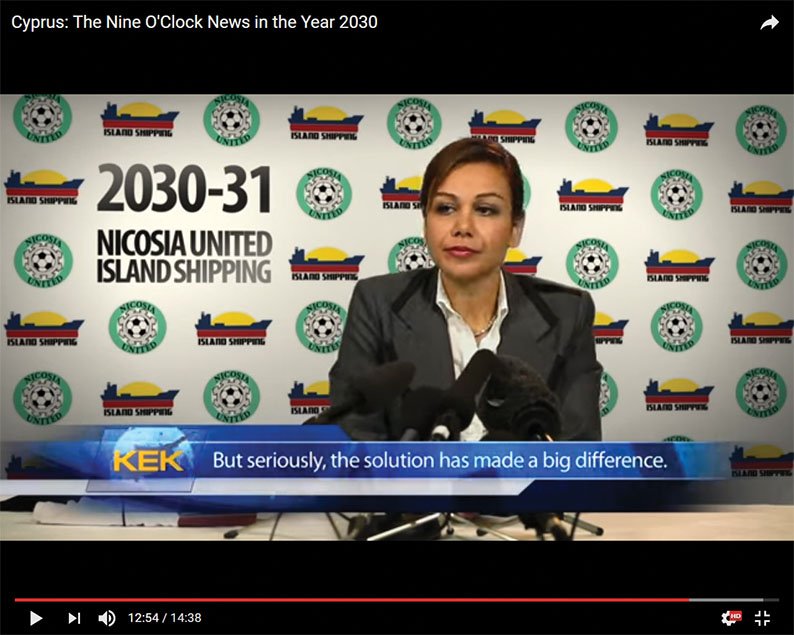 As talks on a settlement have entered a more decisive phase over the last couple of years, young professionals and companies from both sides of the divide have been setting an example on how cooperation between the two communities could be beneficial to all.

The young professionals – 24 in the first round and 16 in the second – were placed for three months in companies and organisations of the other community; Greek Cypriots worked as interns in the north, Turkish Cypriot as interns in the Republic. Interns receive a monthly allowance of €500 during their stint.

The scheme, which was approved by the two Cypriot leaders in 2015 as part of the confidence building measures, aimed at giving “young Cypriots an outstanding work experience within the other community, gaining valuable professional skills towards their subsequent working lives while mastering the working and cultural environment in the other community,” the two chambers had said. It comes within the framework of the project “Leading by Example”, co-funded by the European Union under the “Cypriot Civil Society in Action IV” programme.

According to participants of the scheme – interns and employers – the experience has proved beneficial to all.

“The programme exceeded both its aims,” Charilaos Hadjiioannou, director of audit firm Reanda Cyprus, told the Sunday Mail. The company’s cooperation with their Turkish Cypriot intern last year was so successful, that they decided to employ the her full time after the three-month period was over.

On the one hand their intern gained professional experience, Hadjiioannou said, but on the other hand, she helped the company get involved in international projects originating from the Reanda International Network that required knowledge of Turkish. The company is now in a position to cater to the needs of Turkish Cypriot businessmen.

For Izge Arisal, the executive director of the northern Nicosia-based the Management Centre – a business consulting service – the experience has been a two-way street. The company employed two Greek Cypriot interns last year and one in the second round.

“It is a remarkable initiative of the two chambers. It set conditions to break taboos, to understand each other better and learn from each other,”Arisal told the Sunday Mail.

“Professionally, they also benefit us, we try to increase their understanding of the Turkish Cypriots and our main expectations was to test how things would go by working with Greek Cypriots,” she said.

The main objective of the scheme, she said, was to increase cooperation and dialogue.

“It went better than expected. The interns were open minded, they understood and contributed to the work of the company,” she said.

By observing and participating in the company’s activities, which organises training for businesses, interns were able to experience how Turkish Cypriot firms operate. “Being with us gives them a wider picture of the system we have in place,” Arisal said.

But interns too, feel they have benefited greatly from the scheme.

Andreas Andreou, 25, who has a degree in organisational behaviour, feels that his placement at the Management Centre, was the perfect match for him. Andreou was placed with the firm during the second round of the scheme. He is now two months into his internship.

“Professionally, it helped develop my interests, as I had the opportunity to experience how a firm offering consulting services operates. I was even assigned as the head of a project,” Andreou told the Sunday Mail.

The main reason that made him apply to this scheme, Andreou said, was so that he could work with Turkish Cypriots, “to come closer”.

Even though he already knew Turkish Cypriots from university, “there was something missing. When you have friends you tend to recognise only what they have in common with us”.

Daily contact at the work place however gives someone the opportunity to better learn about the other community and their code of conduct. “You see some minor differences, mannerisms,” said Andreou.

But the scheme, Andreou said, also operates as a “butterfly effect”, as his presence at the company and his daily interaction with his Turkish Cypriot colleagues, urged one person to do something they never had done before.

“I met people who had never crossed to the south,” he said, but he encouraged one of his colleagues to take the plunge and cross to the Greek Cypriot side.

“When you don’t know something it is easy to put it in boxes, but the more you learn, the more you grow as a person,” Andreou said. “It is good for people to just go out and meet each other”.

Giorgos Evripidou, 30, a political scientist with an MA in environment, politics and globalisation studies, was among the two interns that were placed in the same company last year. He feels that the internship helped him come closer to the Turkish Cypriot community.

“We think the same, we are not very much different but I think they have Cypriotness more embedded in them than us. You can see all these only if you work with them, spend your lunch break together,” Evripidou said.

“It was a unique experience. It is extremely important for a future reunification. Part of the problem is that we don’t know each other,” he said, adding that the programme should be expanded.

But the scheme has also shed light on the challenges that must be overcome for better and closer business cooperation between the two communities.

The companies in the north are registered with a state that is not recognised by the Republic or the international community. Apart from those businesses that can benefit from the Green Line regulations, it is therefore impossible to cooperate with a Turkish Cypriot firm based in the north.

“A due solution, as envisioned by both Chambers of Commerce, can only yield positive results in the business sector,” Hadjiioannou said.

“It would be ideal if we learn how to establish and expand new forms of cooperation at the civil society, administrative and business level,” Arisal said. She added that another constraint was the language barrier. At the moment, in most cases, the common language used is English.

“It would be better if we understand each other in our mother language,” Arisal said. She added that during her experience with the internship programme, the use of English was sometimes a constraint and poses the risk of getting lost in translation. This, she said, could be promoted as one of the results of this programme.

Evripidou said that under present circumstances it is not easy to work permanently for a company in the north as it would mean a ton of logistical problems with tax and social insurance.

The cross-community exchange programme is part of the measures taken by the two chambers of commerce to promote dialogue and cooperation between civil society and business across the divide, paving the way for a smoother transition post-settlement.

UN Special Adviser Espen Barth Eide had said last year that all economic studies warmly supported by international economists say that a solution would create more wealth than a non-solution over time. Eide said that a united island would create more jobs and more prosperity.

In 2011, Keve and the KTTO also launched a video highlighting the benefits of a settlement.

‘Cyprus: The Nine O’Clock News in the Year 2030,’ is a 14-minute mockumentary that ‘helps Cypriots visualise the economic and social benefits of peace by looking into the future at the possibilities for joint trade, tourism and cultural activity after reunification of the long-divided island’.

The video, which was commissioned by the two chambers with USAID funding, premiered on the International Day of Peace—September 21, 2011—in an event in Nicosia’s Buffer Zone.

The video may be found here: