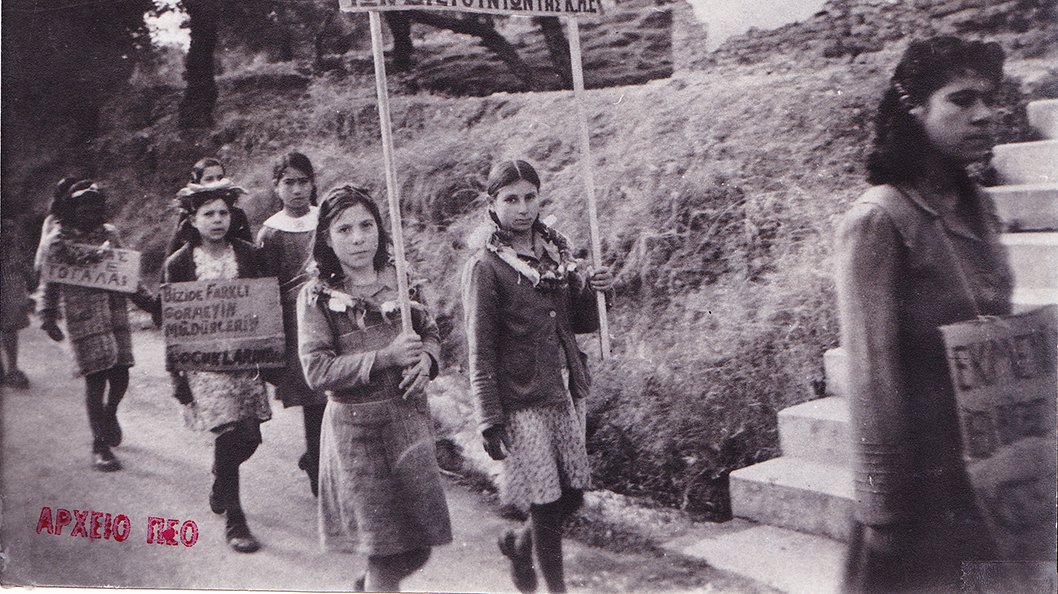 A special event to commemorate the miners’ strike of 1948 takes place in Lefka in the north today as Greek Cypriots and Turkish Cypriots get together to remember a watershed moment in history where the two communities worked together in a long and sustained fight for workers’ rights.

Organisers hope that the event will serve as a unifying message that both communities need to work together to enact social change.

The 1948 strike, a landmark in the history of workers’ rights in Cyprus, was jointly declared by PEO and the Turkish Cypriot miners’ union and lasted for more than three months from January 13 to May 17 1948. Two thousand Greek and Turkish Cypriots took part in the protests, including women and children. Authorities opened fire on the miners on March 8 and arrested and imprisoned 76 men and women for up to two years.

The months of protests followed a one-day strike a year earlier, on May 1 1947, when all two thousand miners in the area banded together to celebrate workers’ rights for the first time.

“They generated an unprecedented island-wide solidarity movement. As every historical overview aims at informing the present, this joint action by Greek and Turkish Cypriot working people is increasingly becoming more vital in countering the present neoliberal onslaught and in ensuring a lasting solution to the Cyprus problem,” according to ‘The left and the Cyprus problem’ as the organisers of the event are known.

The all-day gathering includes a trip to the Lefka mines and the screening of the acclaimed documentary ‘Miners memories’ by director Paschalis Papapetrou which will be followed by speeches and a discussion.

The screening of the film is especially significant because Papapetrou interviewed one of the leaders of the struggle, miner Pantelis Varnava who died in 2013.

Varnava played a leading role in unionising the Greek Cypriot and Turkish Cypriot miners in their successful fight to seek better wages, a cost of living allowance, and better working conditions including the eight-hour day.

“The strike is now 70 years ago and most of the people who took part have died,” member of the organising committee Merope Tsimilli-Michael said. “But when the film was made in 2007 more were alive so by watching it we can access their memories.”

The documentary also films the places which formed the backdrop to the miners’ lives and experiences, such as the hospital where the American mining company provided some medical care and milk for the workers’ children. During the strike the company stopped handing out the milk and closed down the hospital.

The photographic documents provided by PEO for the event were researched and are presented by Pantelis Varnava’s son Andreas.

A similar event took place in April 2016 in Nicosia following on from an earlier conference. “At the conference the idea was born to illustrate this big important strike as an example of our common history,” Tsimilli-Michael explained.

The mayor of Lefka Aziz Kaya then suggested a repeat in the village which was the centre of the strike.

This was planned for last June but postponed due to the Solea fire.

The group ‘The Left and the Cyprus Problem’ was formed two years ago and can be found at https://www.facebook.com/the.left.and.the.cyprus.problem/

The 1948 strike was not the first or last time Turkish and Greek Cypriots cooperated in order to improve their lives. On August 18, 1936 a strike was declared at the Skouriotissa mine which then had 1,000 workers, the aim of which was to secure the payment of wages by the company and not by sub-contractors, that a minimum wage be fixed at three shillings and payment be made every 15 days.

The strike went on for 32 hours and a strike committee was elected which had four Greek Cypriot and two Turkish Cypriot members. The strike ended after management promised to meet workers’ demands. At the time the miners had yet to be organised into unions.

During the same year, another strike was staged in Mavrovouni, which had a workforce of 2,000. The strike on August 31 broke out as a result of the company’s arbitrary lowering of wages. This one was not successful though a strike committee was elected to negotiate.

Following police intervention the strike was put down on the third day and the strike committee members were arrested and sent to prison for eight days. About a hundred Greek and Turkish-Cypriot miners were driven from their jobs, company houses and the mining area, as they were considered instigators of the strike and dangerous troublemakers.

In Limni, in 1941 a 53 day strike was organised to demand an eight-hour day, wage increases and payment of the lighting facilities (lamps and acetylene) used in the shafts. The demands of the strikers were met by the management.

After 1948 when workers were more organised in unions there was a better mutual support system with joint meetings of the Greek and Turkish Cypriot unions as well as joint collections which benefited a mutual strike fund.

This cooperation aided a strike of dock workers in 1952 but also helped members of the society when other disasters struck such as when an earthquake devastated the Paphos region in 1953.