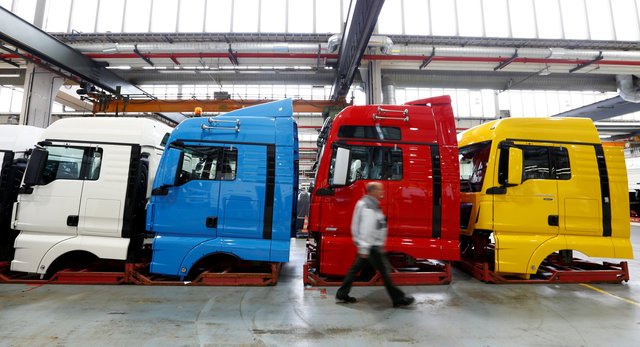 The eurozone economy has kicked off the year robustly, data showed on Monday, presenting the European Central Bank with evidence that its massive cash stimulus is working but also posing difficulties about the way forward.

There are risks ahead – some political – but for now the 19 member states of the eurozone are doing better than many expected.

German inflation looks set to come in strongly after five federal states clocked up annual price rises close to – and in three cases above – the ECB’s just-under 2 per cent target for the eurozone as a whole.

Spain, the eurozone’s fourth largest economy, reported its output grew last year at 3.2 per cent, adding to 3.2 per cent and 1.4 per cent in the previous two years, signalling strong recovery from a banking-debt crisis and a recession.

Manufacturing confidence in the Netherlands – the fifth largest economy – hit its highest level since 2008, while various economic sentiment indexes for the eurozone as a whole came in much better than expected.

Bloc-wide economic sentiment, for example, hit a near six-year high.

Less heralded, there were also signs of growth among the currency bloc’s smaller economies – Lithuania’s year-on-year GDP was 3.0 per cent in the fourth quarter, while Austrian inflation accelerated and its purchasing managers’ index soared.

The data comes after a week in which other reports showed relatively strong performances continuing into this year from 2016 for heavyweights Germany and France.

“2017 seems to have started on a very solid footing,” said Jennifer McKeown, chief European economist at Capital Economics in London. “The economy is performing (well).”

All this will be good news for the ECB, which has so far pumped just over €1.5tn into the eurozone economy to try to stave off deflation and kickstart some growth, along with providing negligible interest rates.

But it will also add pressure on the ECB to pull back on some of its largesse.

German officials in particular take a dim view of the ECB’s free spending and with inflation expected to be higher in Germany, Europe’s biggest economy, than across the eurozone as a whole, the pressure will be on.

“If this price development is sustainable, the prerequisite for the withdrawal from the loose monetary policy is created,” ECB policymaker and Bundesbank chief Jens Weidmann said last week.

The ECB, however, has indicated it is in no rush to turn off the taps.

Part of this is because it wants to see sustainable improvement and does not believe it has evidence of this yet. Some inflation, for example, stems from rising energy prices that will soon have played out in the comparative data.

But there is also a series of political events that could complicate and even derail the eurozone’s progress.

There are a lot of “ifs” involved, but the presidential election in France could result in an administration led by the anti-euro Marine Le Pen, while a similar anti-euro result featuring the 5-Star movement could occur in Italy..

Greece, meanwhile, has so far failed to get the latest tranche of its third international bailout. Two years ago it almost became the first country to fall out of the eurozone.

The ECB will be mindful of all this despite the increasing growth.

Revenue from tourism up 2.3% in November, Cystat says (updated)