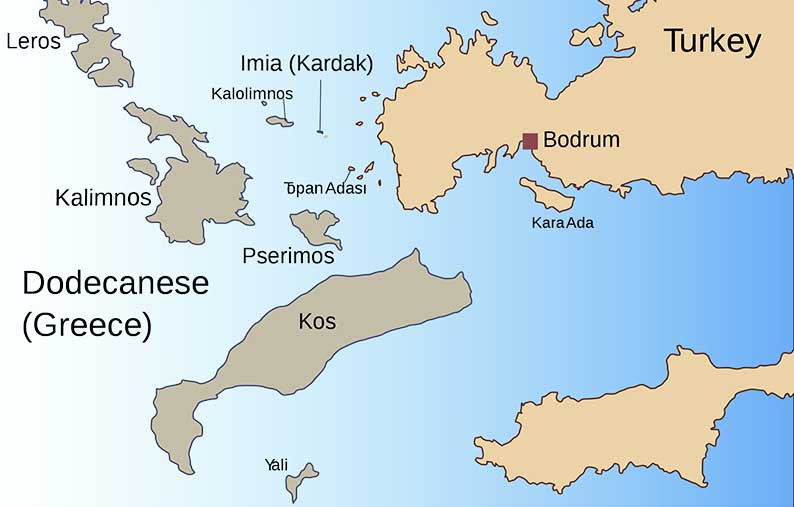 HARDLINE parties in Cyprus on Monday joined in the chorus of condemnation against Turkey after a Turkish gunboat entered Greek waters on Sunday sailing around the disputed island of Imia, an uninhabited islet the Nato allies almost went to war over in 1996.

Diko said the illegal act by Turkey confirmed that it was an “unreliable, unstable and dangerous force”.
“The provocation by Turkey against Greece demonstrates that [President Tsyyip] Erdogan has no hesitation in turning its aggressive policies to blackmail. The Turkish behaviour, should be a source of at least some concern in Cyprus,” a statement said.

Referring to the securities and guarantee issue in the Cyprus talks, Diko said that “those who accept transition periods for stationing of Turkish troops in Cyprus and the preservation of Turkish guarantees think they can trust Turkey?” it added.

George Lillikas of the Citizen’s Alliance urged the government to stand by Greece and “defend international law, not to stand back and keeping equal distances from Greece and Turkey,” in relation to the new Turkish provocations in the Aegean.

Lillikas said that aggression and demonstration of military power in the Aegean by Turkey, shows how good the position of the Citizens’ Alliance is, in that the solution for Cyprus should provide for elimination of guarantees and withdrawal of Turkish troops.

A Turkish gunboat carrying the country’s chief of general staff entered Greek waters on Sunday, sailing around the tiny islands of Imia, putting the military in Athens on high alert.

The vessel carrying Hulusi Akar, which was accompanied by a number of assault craft full of commandos made its way around the islets, which brought Greece and Turkey to the brink of war, almost exactly 21-years ago, to the day.

The Greek authorities response was to send its Navy’s Krataios gunboat to the area, escorting the Turkish vessels out of the country’s territorial waters.

The Turkish military released pictures showing Akar on the vessel, with Imia in the background.

First reports in Turkey said the gunship was blocked by the Greeks from nearing the islets but later a private news agency said there were moments of tension before the ship returned to the Turkish peninsula.

State run Anadolu news agency quoted the Turkish military denying the ship had been blocked, saying that a small vessel from the Greek coastguard had observed the incident from a distance, adding that Akar was reviewing ant inspecting Turkish vessels in the area.

Diplomatic sources say the incident appears to be a response to the Greek supreme court’s decision last Thursday to block the extradition of eight Turkish former military officers Turkey wants in connection with the failed coup on July 15, last year.

Turkey has threatened to scrap a deal in which it has taken in migrants who illegally landed in Greece, describing the decision of the supreme court as political.

Man arrested for stealing a car